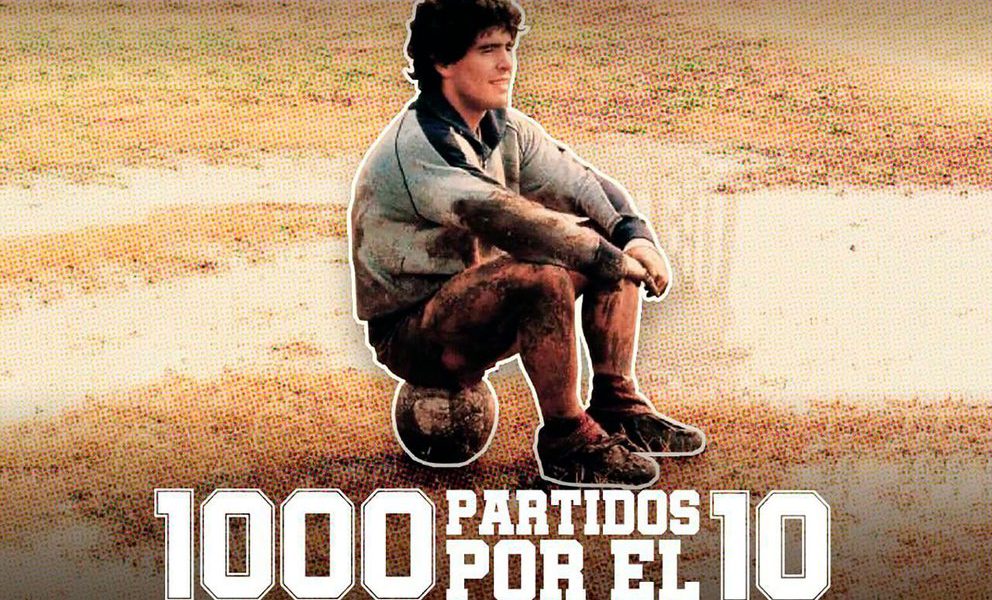 This October 30 will be a special day for all Argentines. Also for all those who enjoyed the magical left foot of one of the best footballers of all time.

This Saturday, Diego Maradona would be 61 years old and it will be the first anniversary of his birth since the death of the historic 10 of the National Team.

To celebrate the birthday of Ten, both the Professional League and the AFA promoted their respective tributes. Children’s football and amateur tournaments will also have their special message, but a campaign entitled “1000 games for the 10” was also promoted.

What is the objective of this proposal that is also proposed by the Mother House of national football? That all those who are going to play a game with their friends also join in celebrating the legacy that Maradona left for Argentine soccer.

As will happen in all First Division matches, one of the requests is to stop the match at minute 10 to applaud Diego. In addition, to register on social networks that you played a dive with your friends on the day of Maradona’s birth, another option is to take a photo, before, during or after the match, and upload it with the hashtag # 1000PartidosPorEl10.

If you meet these requirements, all those who participate can be part of a draw for Maradona tribute shirts and their images will be seen during the broadcast of the match in honor of Diego that can be followed on Public TV.

You can also read:  Accused of the death of Emiliano Sala declares himself "very affected" by the accident

From this Friday in the duel that Racing-Defensa and Justicia will star in the Cilindro de Avellaneda, added to the special confrontation this Saturday in the Bombonera between Boca Juniors and Gimnasia, the team of which Maradona was a fan and the team that Pelusa led in his Last stage in football, the top flight will celebrate Pelusa’s 61st birthday in a particular way.

At minute 10 (its emblematic number) of each of the matches that will be played on date 19 of the championship, the referee on duty will pause the game, take the ball and the action will stop joining the protagonists and fans who attend to the respective stadiums in respectful applause.

Meanwhile, the stages that have a giant screen will coordinate the staging of an image of the best player of all time. In addition, Rodrigo Bueno’s renowned song “La Mano de Dios” will be played over the loudspeakers. In contrast to the well-known “minute of silence”, this was classified as a “minute of ovation”.

For its part, the Argentine Football Association will have a light blue and white bracelet for all captains. In addition, each footballer of the teams will come out with a shirt with the image of Maradona. (Infobae)