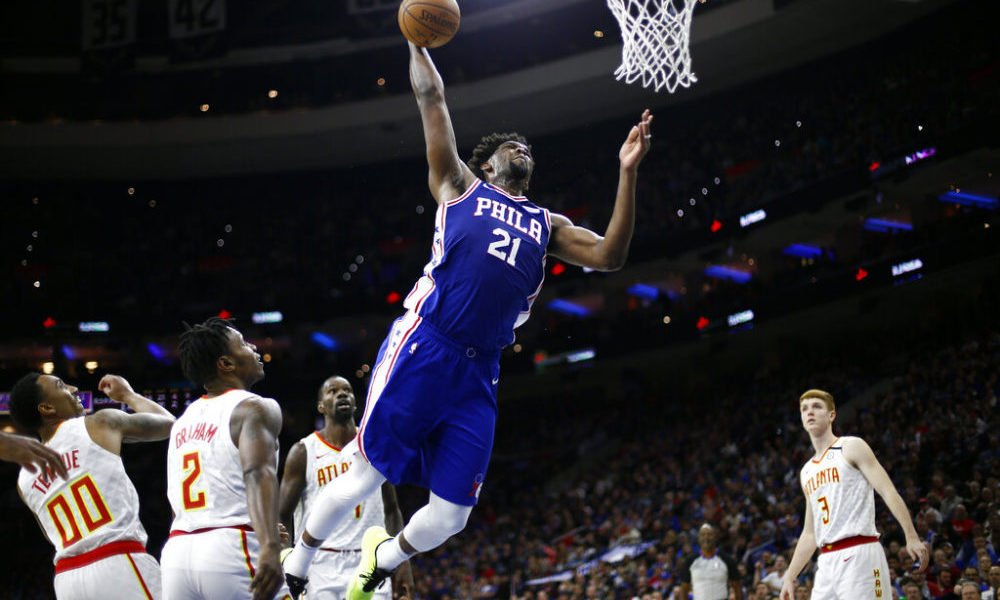 The Philadelphia 76ers are doubling down on Joel Embiid.

A person familiar with the situation told The Associated Press that Embiid and the Sixers have agreed to a four-year, $ 196 million contract extension that will keep the star center through the 2026-27 season.

The person asked not to be identified as the specific terms of the agreement were not made public.

The 27-year-old Embiid was second in the NBA MVP voting last season, behind Nikola Jokic (Denver). He led the Sixers to the best record of the regular season in the Eastern Conference. They fell to the Atlanta Hawks in the second round.

The Sixers tweeted a photo of Embiid and team owner Josh Harris with the contract with the message “@joelembiid going nowhere.”

You can also read:  Harden receives Western Player of the Week award for the third time

“Joel is the definition of elite – a role model in our community and an MVP-caliber superstar on the court,” Harris said. “Since we took him in the 2014 draft, his unique combination of talent, charisma and leadership have transformed this franchise. We couldn’t be more grateful and happy to continue seeing him in a 76ers uniform. “

The Cameroonian averaged 28.5 points and 10.6 rebounds last season and was eligible for the maximum extension in the league.

The third overall pick in the 2014 draft, Embiid suffered a torn right meniscus during the playoffs. He remained active despite the injury, establishing himself as Philadelphia’s franchise player.

“I had a feeling this was going to be our year,” Embiid said after the Sixers were eliminated after a seventh game. “If there is one thing I could say, it is that I gave up everything. It’s not easy, especially when something always happens at the wrong time. “

You can also read:  Cousins ​​leads the Kings win

Embiid averaged 24.8 points and 11.3 rebounds in his first NBA seasons. He missed the first two seasons due to injuries and has never played more than 64 games in a season in his career. He missed several games this year with a blow to his left knee.

While Embiid secures his future in Philadelphia, his partner Ben Simmons is pure uncertainty. With the Embiid-Simmons duo as mainstays, the Sixers are ambitious to have a decade as a contender in the Eastern Conference. Instead, Simmons was singled out as the villain for the premature elimination in the playoffs and his name has been buzzing around in trade rumors all summer.

Embiid, for his part, has signed the kind of contract that binds him like a Sixer during the height of his career.

Embiid emulated Hall of Famers Shaquille O’Neal and David Robinson as the only players in NBA history to average at least 24 points and rebounds in their first 260 games. Since his league debut, Embiid has recorded 173 double-doubles, the second-most in franchise history since the 1983-84 season.