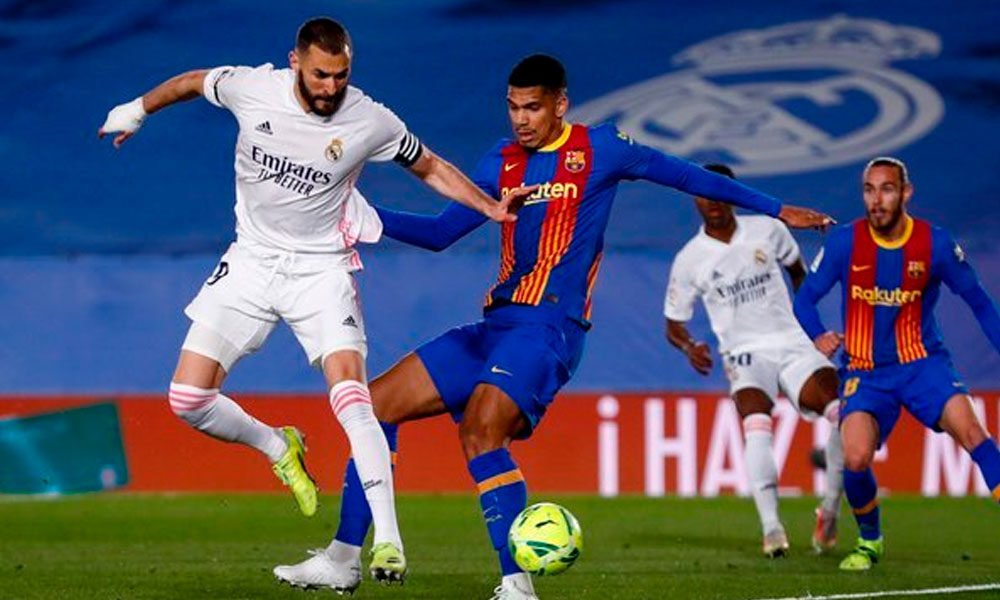 The ‘Classic’ that Barcelona and Real Madrid will play next Sunday at the Camp Nou will be the first with an audience after the pandemic. A pull for the Barça stadium business, which aims to reactivate itself to obtain 119 million euros in operating income this season.

In the 2019-20 season, Barça earned 162 million euros for the exploitation of its stadium. The pandemic closed its stands to the public and with it not only ticket offices were lost, but also income from restaurants and shops, which plummeted the turnover for this concept last season 2020-21 to just 25 million.

The economic recovery that the group chaired by Joan Laporta needs, with a recognized debt of 1,350 million euros, involves recovering the revenue machine of the Barça coliseum: this campaign they have planned 119 million euros in revenue, 94 million more than the previous year .

These calculations are prudent, since in the budget for the 2020-2021 academic year, the Laporta board of directors foresees a progressive recovery of the Camp Nou attendance that would reach 60% in the month of February. At the moment, practically past October, in no party has this figure been reached. Nor against Valencia and Dynamo Kiev, already with 100% of the allowed capacity.

You can also read:  Munich charges against UEFA for banning lighting with the LGBTI rainbow

In the League match last Sunday, 47,317 spectators were cited and, in the Wednesday of the Champions League, the figure was even lower with 45,968. While there was a 40% capacity restriction, the only game in which Barça reached the maximum audience allowed was in the Champions League debut against Bayern Munich, when 39,737 were cited.

But the Barça club needs to recover match day income as soon as possible due to its serious economic situation and all this starts with a full Camp Nou, as much as possible, against the eternal rival.

The entity has made the 26,000 seats of the subscribers who decided to request a leave of absence this season at the disposal of the members without payment on the waiting list and for the ‘Classic’ it has convened a mosaic that will occupy the entire stadium, with the anticipation that the bleachers is full.

The motto will be ‘Barça, ara i semper’ (Barça, now and always) in the lateral stands of the stadium next to a photograph of the players doing pineapple, surrounded by the Barça colors thanks to the blue and garnet cards that will be distributed. In addition, in the goals of the Camp Nou you will be able to read ‘Som-hi culers’ (Let’s go culers) in yellow. A stage to shelter the pupils of the Dutch Ronald Koeman and stage the return of the show.

THE ‘CLASSIC’ RETURNS TO THE STREETS AND TELEVISIONS

That display of color will have a global echo. Some 650 million people will follow him on television, through 83 television companies that will serve him in all corners of the planet.

LaLiga also makes its bet. “It is the best showcase”, they assure the club association, about to launch its audiovisual rights contest for the coming seasons, the main source of income for the competition and key to all its future economic development plans .

Cinematic, super slow cameras, a helicopter and a drone on whose aerial image augmented reality graphics will be projected with information from the meeting that will delight the spectators.

Outside the stadium, the biggest game in Spanish football already has its echoes. In two of the most iconic spots in Barcelona (Las Ramblas) and Madrid (Puerta del Sol), banners have already been displayed that allude to the match with the message “You want to see us again” and “You win to return to veure’ns.”

They are two of the busiest places in the two cities, where hundreds of thousands of people passed every day before the pandemic. A nod to passion and the public’s return to the stadiums of the Mahou brewery, taking advantage of the impact that Joan Laporta had with his electoral poster on Paseo de la Castellana, which used the same slogan.

The return to normality brings the most anticipated confrontation in Spanish football to many areas, such as that of restaurants with a limited edition hamburger created by chefs Paco Roncero and Ramón Freixa, ‘La Clásica del Clásico’.

Also outside the Spanish borders, where the new image of ‘ElClásico’, with its own logo and brand identity created by LaLiga, has reached more than 50 cities around the world through 120 activations, within the internationalization strategy of the competition. EFE (HN)