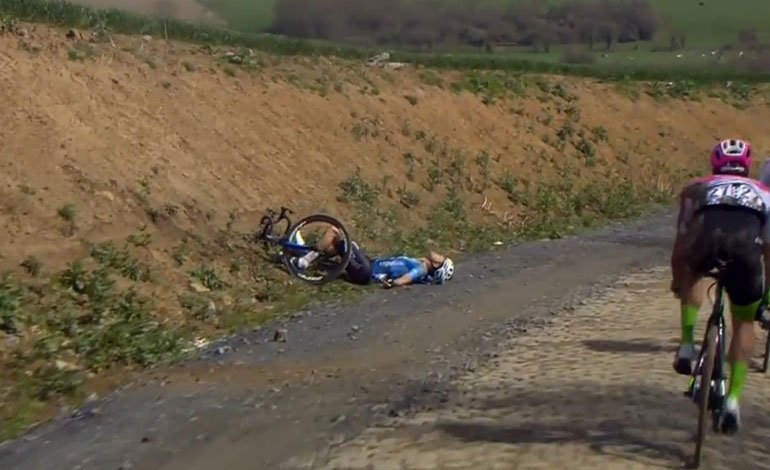 Belgian cyclist Michael Goolaerts died of a heart attack after collapsing while competing at Paris-Roubaix on Sunday.
Goolaerts, 23, died at a Lille hospital to which he was airlifted after the test, his team said. The one-day race is known as the queen of the classics.
“It is with unimaginable sadness that we have to communicate the passing of our cyclist and friend Michael Goolaerts,” the Verandas Willems-Crelan team announced in a statement.
Goolaerts died “in the presence of his family and loved ones, whom we have in our minds,” the team noted, adding that “he died of a heart attack, all medical assistance was in vain.”
The athlete had been airlifted to hospital after collapsing about 150 kilometers (93 miles) from the finish line. Although the moment itself was not recorded, television images showed Goolaerts lying unconscious on the side of the road as the platoon passed him. He was being treated by a medical team that appeared to be performing cardiopulmonary resuscitation.
The Belgian cyclist’s best result this season was 20th in the Kuurne-Brussels-Kuurne race.
The Slovak Peter Sagan won the Paris-Roubaix ahead of the Swiss Silvan Dillier.
Goolaerts’ death occurred two years after that of his compatriot Daan Myngheer, also after a heart attack during the International Criterium in Corsica.

You can also read:  Lewis Hamilton's ex-partner revealed he called her "fat"