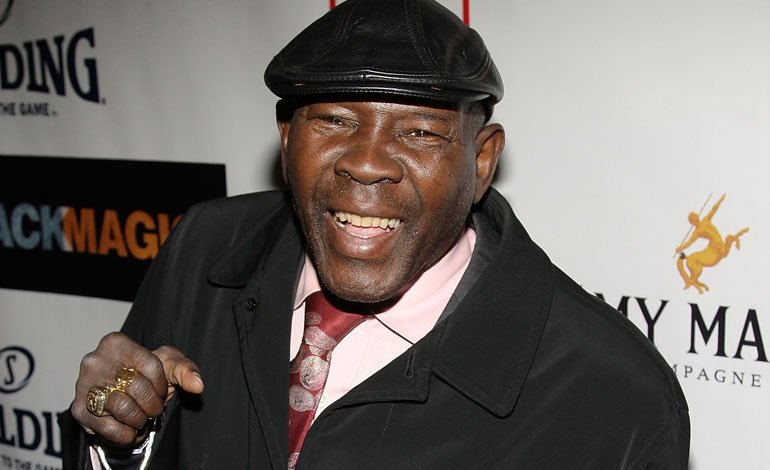 For half a century, he was tormented by that KO from which his rival never got up. Looking for an impossible forgiveness. In New York in 1962, the life of the African-American boxer Emile Griffith turned upside down.

The story, famous in the boxing world, is now told by a comic published this month: ‘Knock Out!’. Its author, the German Reinhard Kleist, became known for his illustrated biography of the American singer Johnny Cash in 2006.

On March 24, 1962, at Madison Square Garden in New York, Emile Griffith, born 24 years earlier in the Virgin Islands, faced Benny Paret for the third time with the title of welterweight world champion at stake, which he had won the first time before losing it again to the same Cuban fighter.

And before 14 million viewers, the two boxers dispute one of the most brutal fights in the history of this sport.

Stringing directs and hooks to the Cuban’s face, Griffith seems overexcited. Paret ends up collapsing on the canvas, unconscious, in the 12th round. In a coma, he would end up dying two weeks later, on April 3, at the age of 25.

True to history, Kleist’s comic explains that before the fight, at the weight ceremony before the press, Paret provoked Griffith by throwing homophobic insults, touching a sensitive point, because the American wanted to keep his private life secret, fearing That would put his career in jeopardy.

“During his professional career (1958-77) he never wanted to talk about his sexual orientation, he considered that he could live his life without talking about it,” explains Reinhard Kleist, contacted by AFP in Berlin.

“What I liked about this story is that it reveals a lot of boxing stereotypes,” adds the author.

Griffith liked the fame that was associated with his successes, but as recounted in ‘Knock Out!’, He became a boxer almost against his will in the mid-1950s, when he was enjoying a job serving a hat designer. for Manhattan women.

You can also read:  'Canelo' Álvarez becomes a free agent

Impressed by his physique, his employer, whom he regarded as a second father, convinced him to go see a boxing coach. Although the American was not very sure if he wanted to be a fighter: “I would like to play baseball or ping pong, do you train for that too?” Asked Griffith.

The coach, Gil Clancy, will finally be the one to accompany him to the top. Griffith will be a world champion in three categories (welterweight, super middleweight and middleweight).

After the dramatic fight of 1962, the world of boxing was faced with many questions: What level of violence to accept? When should the referee stop a fight? And in the ring, Griffith sometimes hears spectators yelling “Murderer!”

To explain his story, Reinhard Kleist has imagined a dialogue between Griffith and the ghost of Paret, during a taxi ride to the hospital. The former must be cared for after being the victim of a violent homophobic aggression (which is not imaginary and occurred, according to the author, in the 1990s).

You can also read:  The boxer who would leave everything for football

In this way, Kleist explains, “I wanted to show that the memory of the dead boxer did not stop haunting Griffith all his life.”

“In interviews he explained that Benny Paret had appeared to him on several occasions, as a ghost, which he saw in the mirror or furtively in the street, as if he had bewitched him.”

A victim of dementia at the end of his life, Emile Griffith died in 2013, at the age of 75, five after having made his ‘coming out’ on the occasion of a meeting on Christopher Street, a New York street that was the epicenter of the fight for the gay and lesbian rights in the late 1960s. AFP (HN)