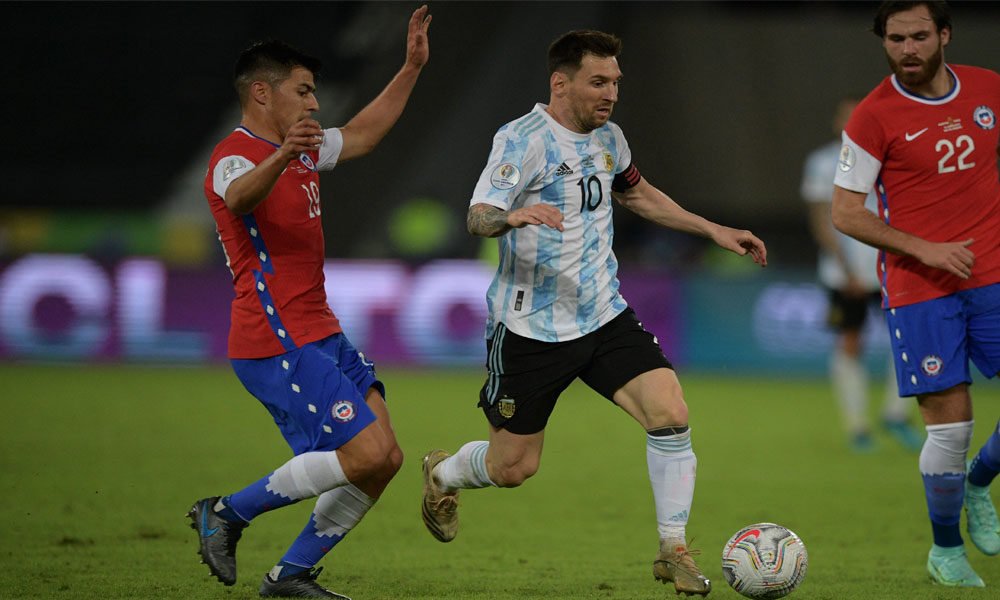 What could have been a round tribute from Argentina to the legendary Diego Maradona ended in a hard-fought 1-1 draw with Chile this Monday in Rio de Janeiro in the opening of Group A of the Copa América-2021.

The now captain of the Albiceleste, Lionel Messi, put the Argentines ahead with an excellent free kick (33), emulating the prodigious left-footed strike of ‘Pelusa’, honored by Conmebol on the cold Rio de Janeiro night with a video on the that some of his exploits were remembered.

Eduardo Vargas knew how to replace the injured Alexis Sánchez to score parity (57), with a header, on the rebound given by goalkeeper Emiliano Martínez to a charge by Arturo Vidal from the penalty spot.

With more midfield battles than signature football, the teams led by Lionel Scaloni and Martín Lasarte drew a draw at the Nilton Santos stadium, home of Garrincha’s Botafogo, whose grass, wet and muddy, made it difficult for a more fluid game.

Now Argentina will look for its first victory on Friday, when it faces Uruguay in Brasilia. On the same day, but in Cuibá (center), Chile will collide with Bolivia.

Paraguayans and Bolivians will close the day later this Monday in Goiania. AFP. (JL).