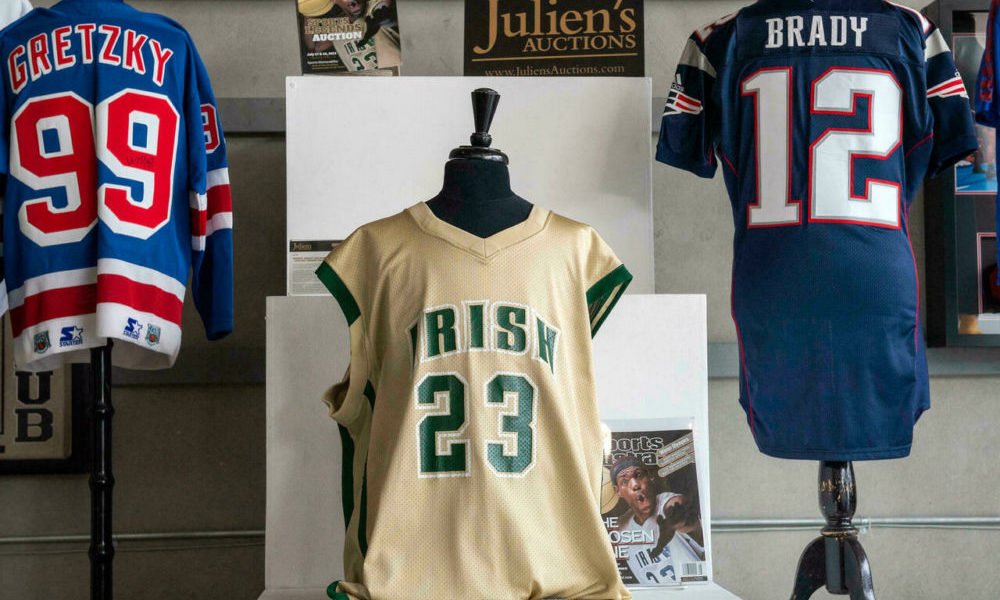 A very old jersey worn by basketball star LeBron James was sold for a record $ 512,000 on Sunday during an online sale organized by Julien’s Auctions.

At the same auction, one of the three jackets made for French star Zinedine Zidane for the 1998 soccer World Cup final in Paris, where the Bleus became champions, sold for $ 108,000.

LeBron James wore the auctioned jersey when he first appeared on the cover of Sports Illustrated magazine in 2002, when the future star was still a high school student.

The sports shirt that had previously reached the highest price was the one worn in his last year of high school by former US President Barack Obama, which was around $ 200,000.

Despite the fact that the shirt has been authenticated by FIFA and the Adidas brand, the auction house, contacted by AFP, could not ensure that the player used it during the match that his team beat Brazil 3-0. in which Zidane scored two goals in the first half.

In October 2018, a Parisian auction house, Coutau-Bégarie, had to withdraw a shirt that had been presented as the one Zidane wore during that final a few days after the sale, due to doubts about its authenticity.

Zidane’s jacket auctioned this Sunday, which had the words “Brazil France 12-07-98” embroidered on the chest, was exhibited in Zurich (Switzerland) at the FIFA Museum, which had received it in 2017 on loan from its owner , a collector.