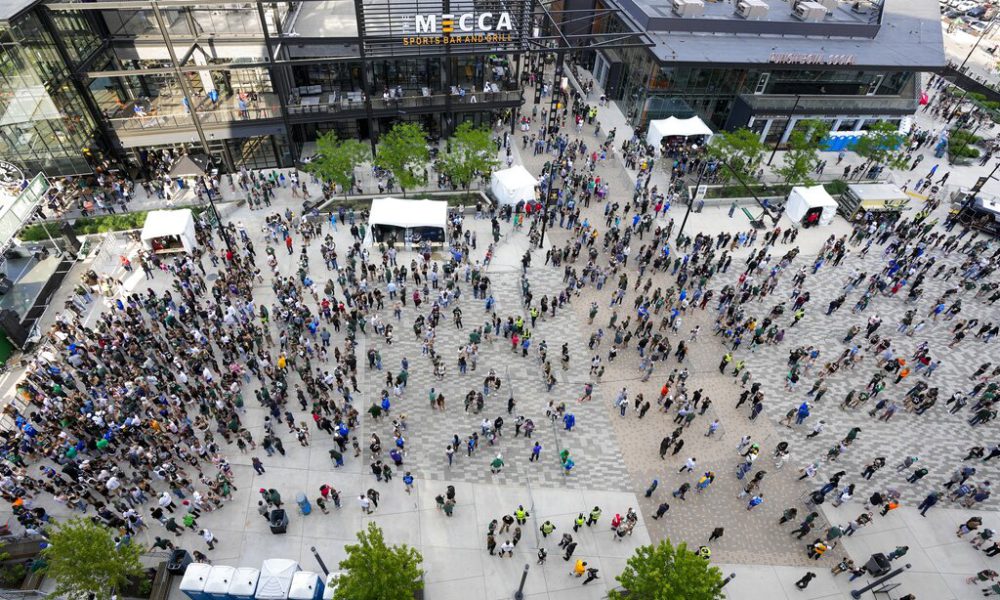 Much has changed in Milwaukee since the Bucks won their previous NBA title half a century ago.

Nothing exalts that transformation more than the great confluence and diversity of fans outside the Fiserv Forum for playoff games. Fans will gather again Sunday on that stage to cheer on their Bucks to overcome a 0-2 deficit when they host the Suns for Game 3.

The diversity in the stands is considerable considering the history of Milwaukee.

Peter Feigin, team president, went back five years when he called Milwaukee “the most segregated and racist place I have ever experienced in my life.” Milwaukee native LaNelle Ramey, a 49-year-old black man, believes it needed to be said.

“It forced those who were here, originally from Milwaukee, to see themselves in the mirror, particularly those who didn’t want to believe in it,” said Ramey, CEO of MENTOR Milwaukee, a Bucks-supported organization that encourages education programs. mentoring and support for youth in the area.

Milwaukee Mayor Tom Barrett said he did not take Feigin’s 2016 comments personally. He highlighted the diversity of his own management team and noted: “I am well aware of the huge gap we have in income, education, public safety, not just in the city of Milwaukee, but throughout southeastern Wisconsin.”

When asked about his proudest moment with the Bucks, he did not mention the recent conquest of the Eastern Conference title. Instead he referenced the team’s players’ decision not to appear in a playoff game last year inside the bubble at Walt Disney World after police shot Jacob Blake in Kenosha, Wisconsin.

That decision led to postseason games being postponed.

“This caused a general pause and an awareness for social justice,” Feigin said.

Barrett noted that the Bucks “exemplify not only the team spirit you want to see in the players, but the whole community wanting to be part of a community. It is the truth from the day they arrived here.

Bucks players participate in social affairs, and this story is not new.

The Bucks changed course for the better in 2013, when they selected two-time MVP Giannis Antetokounmpo at the 15th overall pick in the draft and acquired Khris Middleton, who came from the Detroit Pistons. Before this season, the Bucks brought in Jrue Holiday, who has quickly made a social impact in the city.

If the team fails to reverse the 0-2 deficit and win its first NBA title in 50 years, Milwaukee residents have other reasons to celebrate together anyway. (AP)