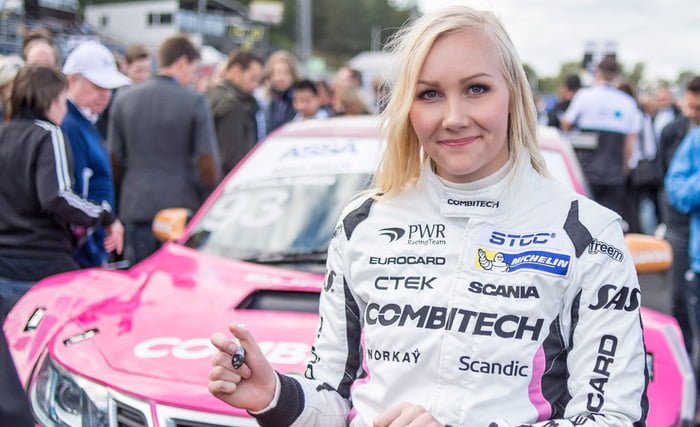 International motorsport coexists with scandalous hours after the fact that the pilot Emma Kimiläinen uncovered, who confessed that in 2010 a team of the Indy Lights category from the United States made her an offer to join the team in exchange for taking some nude photos for a sponsor.

That year, the Finn had been going through a great moment in her career at the wheel and was one of the great figures in the ADAC Formel Masters and in Formula Palmer Audi. Thus, when he received a call from the competition, it was organized by CART to promote young pilots, he did not hesitate and agreed to travel.

You can also read:  MCL32, name of the new McLaren of Fernando Alonso and Stoffel Vandoorne

Kimiläinen did not want to mention the brand of the team or the name of the magazine that had made these types of photographs a condition, although he did acknowledge that he had accepted the deal at first when the photos were to be in a bikini.

Emma’s statements had such an impact on social networks, that the 31-year-old pilot herself decided to delve into the subject through her Twitter account: “It was an impulse from Indy Lights as stated in the podcast. It was over 10 years ago and luckily a lot has changed for the better when it comes to women’s rights and equality in this time! I’ve been through a lot in my career for 28 years, I never spoke about it publicly because I don’t like drama. “

You can also read:  Sad farewell to Kimi Räikkönen, he left the day of his retirement from Formula 1

“I am speechless for the amount of support received. It’s incredibly hard to say things like this because you don’t want them to negatively affect your career. I’m not one to complain about ‘what ifs’. My journey is not over yet, let’s run! ”He wrote in a tweet after receiving the love of thousands of users and fans.

Far from bringing the controversy to the present, Kimiläinen acknowledged how motor sport changed for the better and that these unpleasant events no longer usually occur: “Even though I take it with humor as ‘one of the crazy things’ that have happened to me over the years, it shows the importance of the work that the W Series have done and are doing to improve equality and diversity in this sport, in which the roots of a different image of women are very deep ”. (GG) (Infobae)

You can also read:  The 24 Hours of Le Mans will be held without an audience due to the pandemic