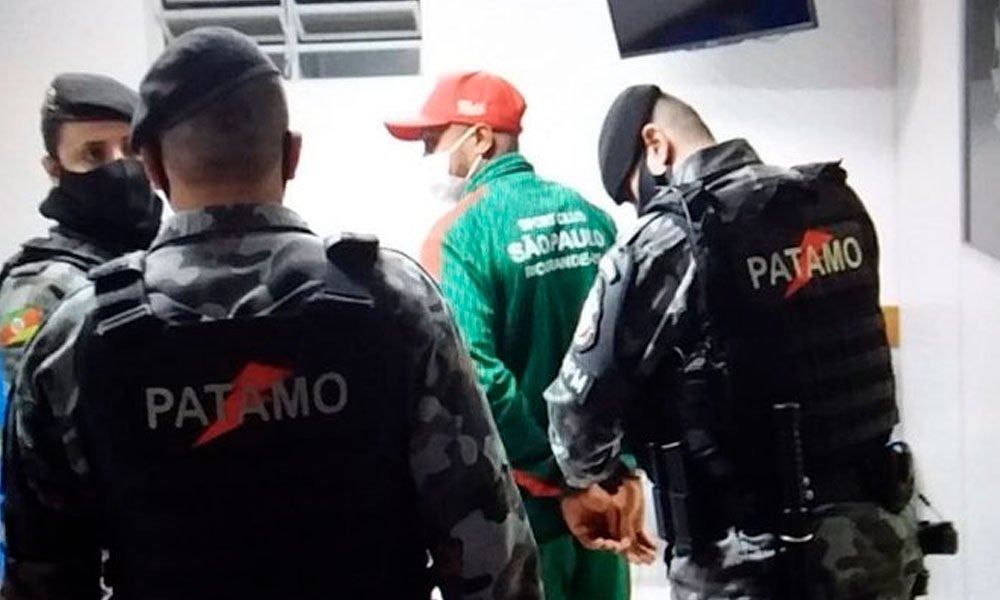 A footballer was arrested and charged with attempted murder for the violent kick he gave a referee in the neck, in a match in the second division of the state of Rio Grande do Sul, which left the referee unconscious.

Willian Ribeiro, forward of Sao Paulo de Río Grande, was detained by the police in the early hours of this Tuesday after the incident that forced the suspension of the match between his team and Guaraní played in Venancio Aires, a municipality in the interior of the southern state. from Rio Grande do Sul.

The event occurred in the 14th minute of the second half, when the aggressor argued with the referee about a foul that he allegedly suffered and that was not penalized.

You can also read:  Defined the sixteenth of the Copa del Rey

Ribeiro will have to respond criminally for attempted murder for the kick he gave referee Rodrigo Crivellaro to the neck, whom he attacked when he was already lying on the grass after having pushed him violently after a first blow.

The video of the attack has become viral on social networks in Brazil.

Crivellaro, who lost consciousness, had to be removed by ambulance from the Edmundo Feix stadium and taken to a municipal hospital, where his health was classified as stable on Tuesday morning.

Ribeiro will have to remain in a penitentiary while the Justice decides whether to confirm his preventive detention or to allow him to respond to the process in freedom.

You can also read:  Roger Hunt, world champion with England in 1966, dies

“The attack was very strong, violent, and in the head of the referee, which made him faint and was taken to hospital, so he can be framed for attempted murder,” explained Vinicius Assunçao, commissioner of the Civil Police of Venancio Aires.

«The victim, moreover, had no defense conditions. He had already been beaten while standing and then fell and was unable to defend himself. He could have died or even suffered a serious brain injury, “he added.

The Sao Paulo de Río Grande club condemned what happened in a statement and announced the immediate termination of the detained footballer’s contract.

The Rio Grande do Sul State Soccer Federation regretted what happened and said that the case will also be tried by the Sports Justice.

You can also read:  Neuer, more than a decade and 100 international appearances for Germany

Ribeiro, 30, already had a history of violence on the playing fields.

The forward, who started his career in the youth divisions of Internacional de Porto Alegre and has played for several clubs in the second division of Rio Grande do Sul, was sent off in a match in 2014 for punching an opponent in a match between the Guaraní, in which he was active at that time, and Pelotas.

He was also accused of assaulting a fan in an off-court episode. EFE (HN)