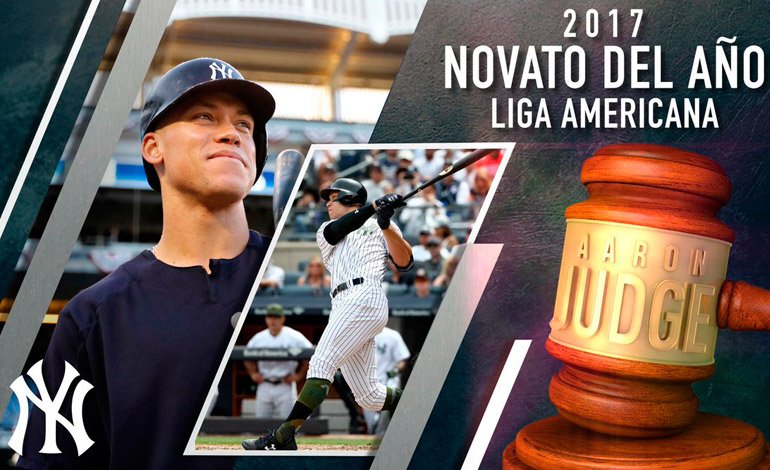 Outfielder Aaron Judge of the New York Yankees was voted the American League Rookie of the Year, becoming the first Bronx Bombers player to win the award since it was awarded to former shortstop Derek Jeter in 1996.

Judge, 25, prevailed unanimously in the vote of the Baseball Writers Association of North America, the result of which was disclosed Monday on an MLB Network broadcast.

In a season in which he led the Young Circuit with 52 home runs and led the Yankees to the finals with the wild-card ticket, Judge is also aiming for the Most Valuable Player (MVP) award.

You can also read:  Keston Hiura decides with his productive bat victory for the Brewers

But the bid for the laurel to the most valuable is outlined tighter when facing the Venezuelan second baseman, the star José Altuve, of the Houston Astros, and the Dominican second baseman José Ramírez of the Cleveland Indians.

The winner of the MVP award will be announced Thursday through the same system.

Only two players have achieved the MVP and Rookie of the Year double in the same season and these were the Japanese outfielders Ichiro Suzuki who achieved the feat in 2001 with the Seattle Mariners and Fred Lynn did it in 1975 with the Boston Red Sox. EFE