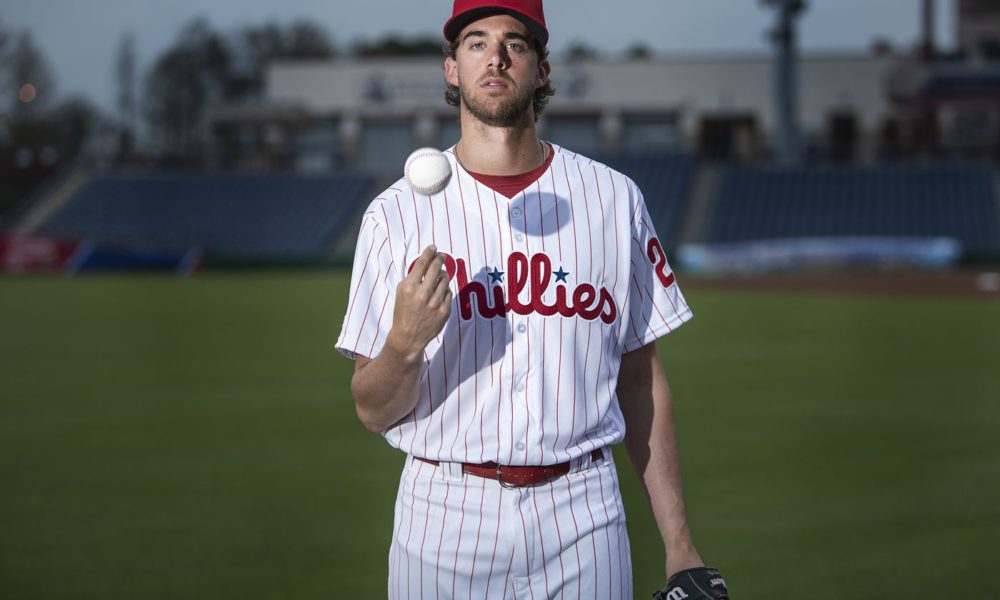 Philadelphia Phillies pitcher Aaron Nola on Friday equaled the Major League Baseball record of 10 consecutive retired batters, which had been held by Tom Seaver for 51 years.
Nola, 28, achieved the mark at Citi Field in New York precisely against the former Seaver team, the Mets.
The Baton Rouge (Louisiana) pitcher allowed the Mets’ first two batters to reach base in the first inning, but then struck out Michael Conforto and Pete Alonso with curve balls before retiring Dominic Smith.
Nola continued to retire batters, including Jeff McNeil and Francisco Lindor of Puerto Rico, until he became the 10th player with nine straight strikeouts.
The American needed one more to equal the record and he did it by retiring Conforto again.
Nolan’s streak ended in the fourth inning when Pete Alonso doubled.
Tom Seaver, who entered the Hall of Fame and helped the Mets win the 1969 World Series, had set the record for consecutive strikeouts on April 22, 1970.
The right-handed pitcher retired the last 10 batters for the San Diego Padres in New York’s 2-1 win at Shea Stadium, the former Mets stadium. (AFP)

You can also read:  Jay Johnstone, winner of several World Series, passes away