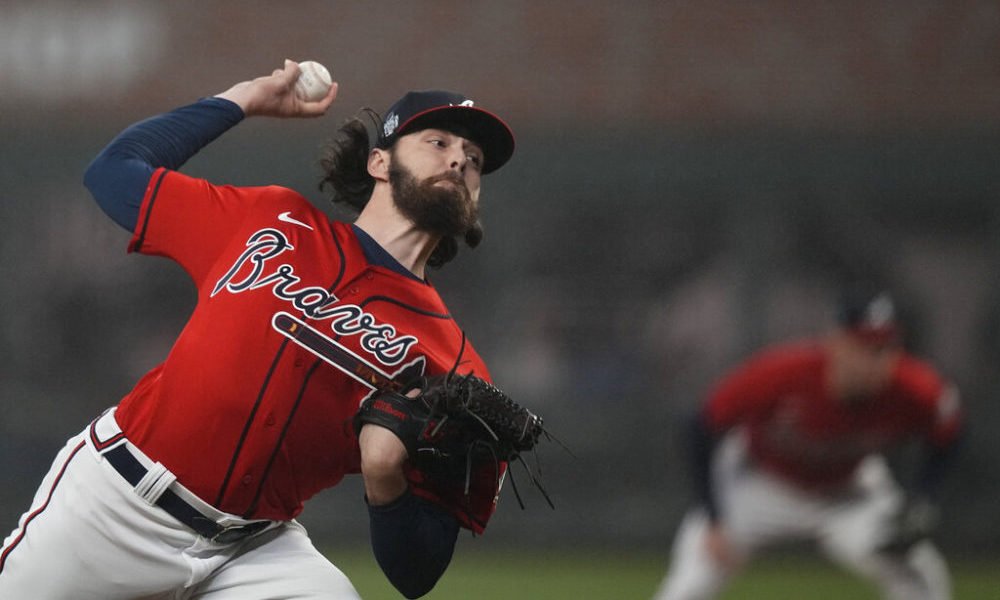 Atlanta Braves pitcher Ian Anderson managed to emulate a World Series record not seen in Major League Baseball for more than 100 years – this in his outing against the Houston Astros in Game 3.

Brian Snitker, manager of the Braves, designated Ian Anderson as the starter for Game 3 of the World Series against the Astros, who did not disappoint and achieved a great performance to enter the history of the Major League Baseball Fall Classic, without a doubt something that this pitcher who is just playing his second season in the best baseball in the world will remember forever.

Anderson made history because he became the fourth rookie in MLB history with a no-hitter of at least five innings in a postseason game, but the greatest thing about this is that he is second after Jeff Tesreau. (1912) in achieving it in a World Series, without a doubt something memorable and that will be forever in the record books.

Also, Ian Anderson is tied for the second longest no-hitter start by a Braves pitcher in a World Series game, Tom Glavine in 1995 being the other.

On the other hand and somewhat curious, Ian Anderson is the first starting pitcher in World Series history to be eliminated from the game after throwing at least 5 innings without allowing a hit.

Anderson worked in Game 3 of the World Series for a five-inning no-hitter pitch, walking three and striking out four, having a total of 76 pitches where 39 were in the strike zone.

Following this remarkable no-hitter outing against the Astros in the World Series, the Braves right-hander has a 1.59 ERA in four games, with 16 strikeouts and a 0.94 WHIP. (Fielding)

Ian Anderson is the 4th rookie in MLB history with a no-hit bid of at least 5 innings in a playoff game.