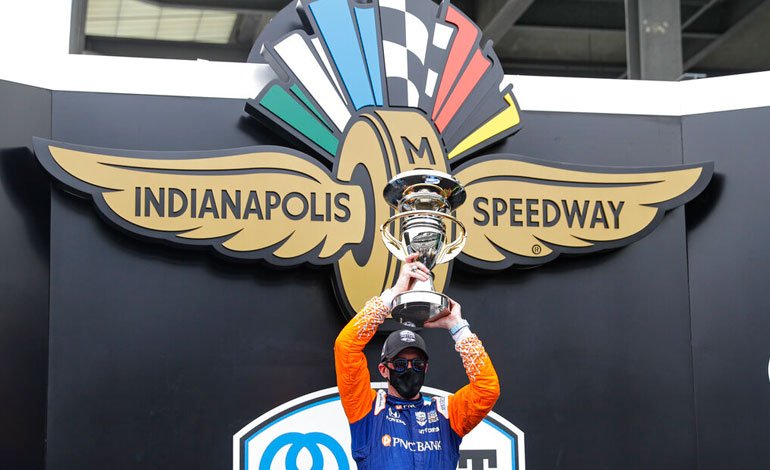 It took Scott Dixon 12 years to get back on victory lane at Indianapolis Motor Speedway. He now plans to make his third visit next month.

Dixon, a 2008 Indianapolis 500 winner, ended the long wait for his second victory. He prevailed in the Brickyard race, beating Graham Rahal by 19.9469 seconds on Saturday, earning his first IndyCar Grand Prix title.

“It’s really nice to get another win at Indianapolis, even if it’s not in the big race,” said the New Zealander. “It is significant to win in this place. Sometimes you need a bit of luck and other times you need to have a race without errors, like the one we had today ”.

You can also read:  Dani Pedrosa: "I arrive with enthusiasm and desire to show my best version"

The atmosphere in Indy looked off.

Dixon wore a mask as he raised his arms and thumped a fist in the air, inside the newly remodeled circle of winners. The stands were empty, and the usual noise from the celebration was practically non-existent.

But after finishing second three times in this race and faced with a resume that abounds with triumphs that have escaped at the last moment, as well as episodes of bad fortune at the 2.5-mile oval in Indianapolis, Dixon was in the spirit of having fun.

It was evident that he savored victory, and gave the kick-off for the NASCAR Xfinity Series race, which followed, also on the inside circuit and not on the outer oval.

You can also read:  25 years ago, a Cuban jumped like no one has done it again

Dixon couldn’t have defined a better strategy for the 2,439-mile, 14-turn circuit.

He opted to start on the slower black tires and maneuvered to gain positions after starting seventh. A few laps after hitting the pits to fit the red speed tires, Dixon got the chance he needed when rookie Oliver Askew crashed into the outer wall while trying to get past the front.

It was Dixon who knew immediately that he was in command.

“We were in the right situation to push, it was like something we didn’t even think about much,” he said. “Some of those guys were left behind on the tires they had.”

You can also read:  Alonso the fastest in tests of the German GP

Dixon controlled much of the second half of the 80-lap race, helped in part by Will Power, who started first but got stuck in the pits.

When he passed Rahal, it was only a matter of time before Dixon had his 48th career IndyCar win. Only AJ Foyt (67) and Mario Andretti (52) accumulate more.

IndyCar will return to this city for the Indianapolis 500, which will be held on August 23. The famous race, normally held in May, was postponed due to the coronavirus pandemic.

The organizers plan to allow the entry of spectators, even to occupy 50% of the capacity of this racetrack. Ap (HN)