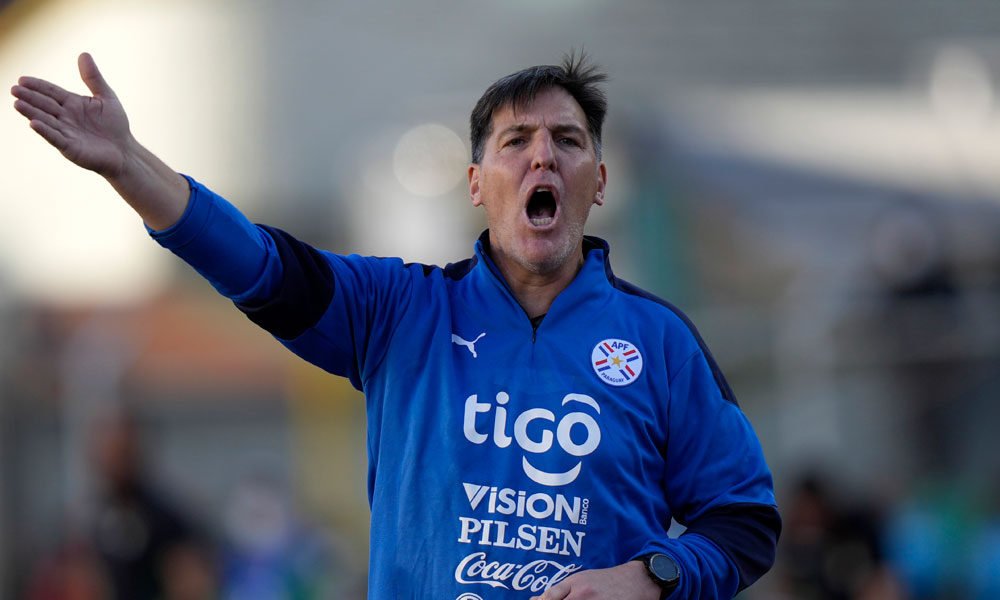 The win in the South American World Cup qualifiers sealed the fate of Eduardo Berizzo, who ceased to be the coach of the Paraguayan team, just a few hours after the stumble in Bolivia.

Through a statement posted on its official Twitter account, the Paraguayan Football Association reported “that the functions of the Argentine strategist are terminated, whom he wished” the best of success. “

In the brief message, the APF mentioned that, in the next few days, it will announce the members of the new coaching staff.

La Albirroja began the triple round of the tie with an encouraging draw against Argentina, but then fell 2-0 on their visit to Chile. The future of Berizzo, 51, then seemed to depend on the result he obtained in La Paz, and the strategist himself seemed to envision it in the conference he gave the day before.

You can also read:  Ferguson, «the key» for Cristiano Ronaldo's return to Manchester United

“The federation doesn’t even have to worry about me. He owes me nothing and I owe him nothing, ”Berizzo said Wednesday when asked if he would leave in the event of an adverse outcome. “I will go home calm in case that happens, neither claiming, nor paying clause. I don’t have an exit clause, they shouldn’t pay me anything to fire me ”.

The 4-0 setback effectively marked goodbye, in a match in which Paraguay was about to equalize the score but missed a penalty. Later, the collapse of La Albirroja at the height of La Paz was dramatic.

Paraguay was reached by Bolivia, with 12 points, four less than the Uruguayan team, located in the position that grants the right to play an intercontinental playoff as a means of access to Qatar 2022.

You can also read:  Messi and De Jong take Barcelona to the quarterfinals of the Cup

Berizzo, who led Celta, Sevilla and Athletic in Spain, took the reins of Paraguay in February 2019. AP (HN)