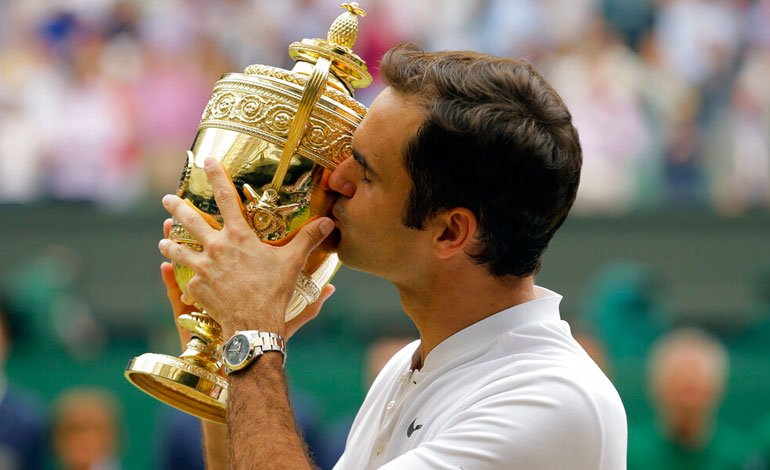 Roger Federer is already focused on the 2021 season, including the postponed Tokyo Olympics, by completing the recovery from two knee surgeries.

The Swiss star said Monday that he is not yet fit to play at the professional tennis circuit level, but that he is doing well.

“I feel so much better again,” Federer said when answering some questions from fans in an online chat. “I am not yet at the level of being able to play fully.”

Federer has 20 singles titles in Grand Slam tournaments, but has Olympic singles gold as a pending issue.

“The objective is to be able to be ready for next year,” said Federer.

You can also read:  Sharapova leaves Melbourne exhibition due to smoke from fires

The Olympic final will be played on August 1, 2021, a week before Federer – who won doubles gold alongside compatriot Stan Wawrinka at the 2008 Beijing Games – turns 40.

Federer revealed last month that weeks earlier he had to undergo additional arthroscopy in his right knee.

The relapse into rehab from initial surgery in February hasn’t cost Federer tournaments as tennis has been paralyzed since March by the coronavirus pandemic. The ATP tour is due to resume next month.

Federer appeared in Zurich on the day that would have marked the start of the second week of Wimbledon, an event he has won eight times.

You can also read:  Nadal conquers Monte Carlo for the tenth time

He evoked his 2001 edition fourth round win over defending champion Pete Sampras as the most significant match to set his career on track.

“I was left with the feeling that if he could beat Pete Sampras at Wimbledon, he could beat anyone anywhere,” Federer said in response to a fan’s question.

Although he was not crowned Wimbledon champion in 2001, Federer eventually eclipsed the record of seven men’s titles shared by Sampras and William Renshaw, whose victories were in the 1880s.

Federer spoke at the launch of a tennis shoe that he designed with the Swiss brand On, of which he is a co-owner. AP (HN)

You can also read:  Nadal retires injured from Paris Masters 1000