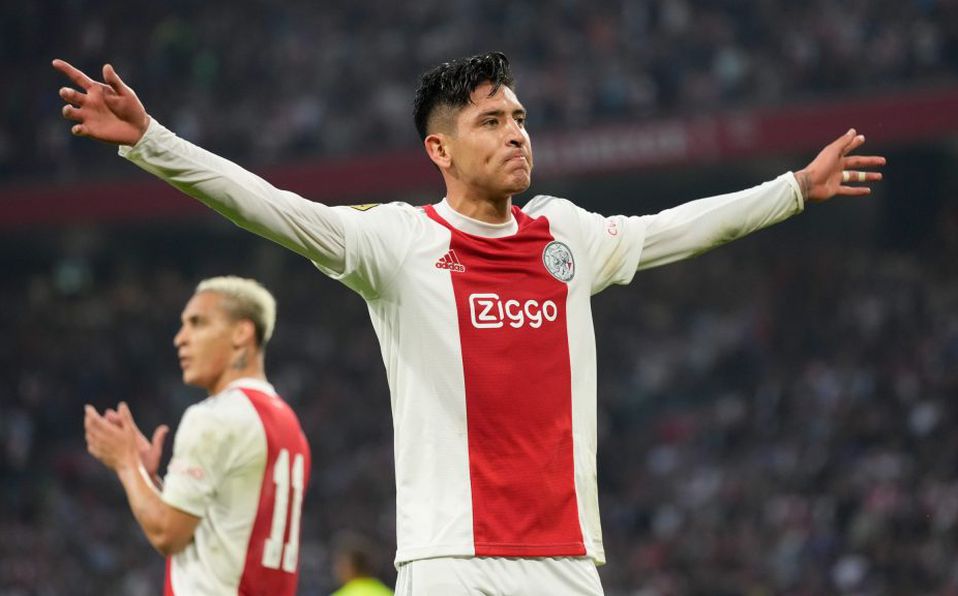 Ajax announced that it has renewed Edson Álvarez’s contract until 2025, after the first agreement with the Mexican expired in 2024. The Amsterdam team released the news on their social networks, where they boasted that they will have “El Machín ”for longer.

Ajax announced that it has renewed Edson Álvarez’s contract until 2025. Getty Images
“He is part of us,” published the Dutch team, accompanied by the hashtag # MásMachín.

Just a few days ago, the same Mexican revealed that negotiations with Ajax were advanced to renew the contract, since together with his family they feel at home in Amsterdam.

“It is no longer a secret that Ajax and I really want that. I hope to put my signature as soon as possible. We just have to put the points. Sofia and I feel at home in Amsterdam and at Ajax. This is a sign for the staff, my colleagues and the fans that I am happy, ”Álvarez declared in an interview with De Telegraaf.

Álvarez arrived at Ajax for the 2019/2020 season, in which he added 1,350 minutes of participation in the 23 commitments he played, in addition to collaborating with two annotations.

In the current 2021/2022, Álvarez has won the title so he already has 1,030 minutes on the field of play, in the 12 matches he has participated, in addition to adding two goals.

The Mexican is playing his third season with Ajax, a team in which he has already lifted three trophies: the Netherlands Super Cup, the Netherlands Cup and the Eredivisie.

You can also read:  Amount of football transfers falls by half due to covid crisis

However, Álvarez’s record with the Amsterdam team may grow this season, as Ajax leads the Eredivisie and also dominates their group in the Champions League.(ESPNDEPORTES)