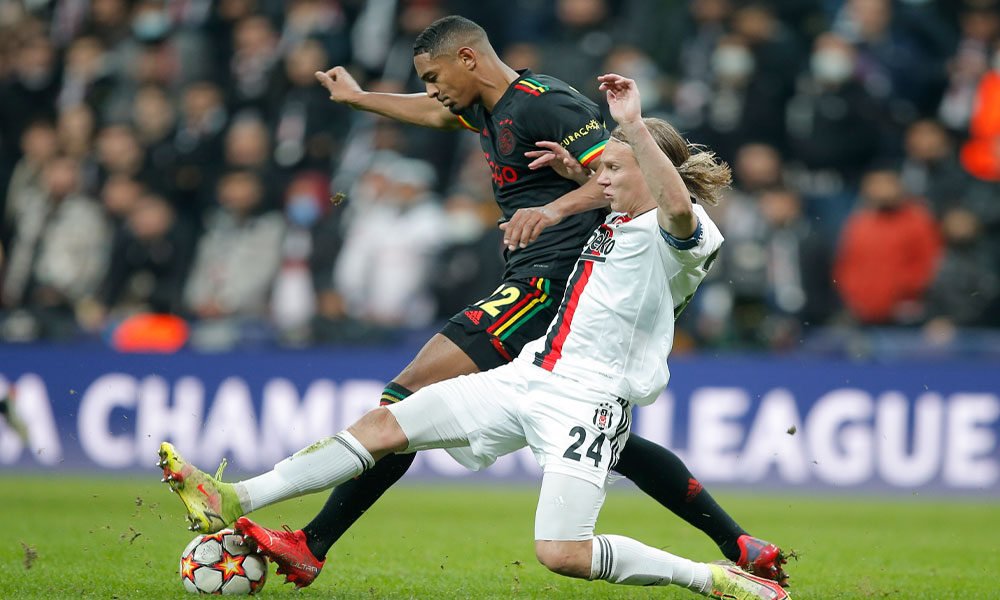 Two goals from Sébastien Haller in the second half, with assists from Argentines Nicolás Tagliafico and Lisandro Martínez, gave Ajax the victory and the definitive leadership of group C of the Champions League against a Besiktas (1-2) that, With zero points, he will not even be able to fight on the last day for a place in the Europa League.

With five wins out of five, Ajax will reach the round of 16 with an enviable calling card. He has three goals against and sixteen for, nine of them by Haller, who equals Robert Lewandowski as the top scorer in the Champions League.

The Amsterdam team started the Istanbul match coldly and left the initiative to Besiktas, who took the lead in the 22nd minute with a penalty goal from Rachid Ghezzal. In the second half, Erik ten Hag’s men started the steamroller and came back thanks to two goals from Haller, who entered the break.

The Ajax coach took advantage of the Istanbul meeting to introduce news. André Onana returned to defend the goal after serving his nine-month doping sanction and made a couple of crucial saves in the first half. Another return was that of Nicolás Tagliafico, who returned to the starting eleven a month after his last appearance. Solid behind and contributing to the attack on the left, the Argentine gave arguments to regain prominence in the next matches.

You can also read:  UEFA abolishes the rule of the double value of away goals

The one experienced that didn’t work out tonight was Mohamed Daramy’s. The most expensive signing of Ajax this season made his debut in the Champions League, was very imprecise in attack and was replaced at halftime by Haller.

The first minutes belonged to Besiktas, or what is the same, Georges-Kévin N’Koudou, who returned to the starting line after missing part of the season due to injury. The Frenchman put the Ajax defense in trouble on the left and on his feet were the most dangerous occasions. Rosier, with his left foot, sent a thread shot to the post.

A clear hand from Ajax side Noussair Mazraoui in the area after a corner kick caused a penalty that needed the VAR to be confirmed. Rachid Ghezzal executed the maximum penalty, bursting the ball up the right, rendering Onana’s good stretch useless.

You can also read:  Modric, Kroos, Varane, Alaba and Bale tune in Madrid

In the opposite area, Daramy sent his shots sky high and Gunok, very well placed, cleared a surface-to-air missile from Berghuis.

Ten Hag took the bull by the horns at halftime, took off Daramy and put on Haller. The Dutch team accumulated longer possessions, was more precise in the last meters and annulled Besiktas in the second half.

The Argentine duo of Ajax was the basis of the tying goal. Martínez made a deep pass to Tagliafico that broke the Turkish team’s defensive line. The goalkeeper went for the former Independiente and he gave it to Haller who, totally alone, pushed the ball to the back of the goal.

Ajax didn’t actually even need to hit the accelerator one hundred percent to turn the score around and the second came thanks to a free kick. Tadic placed it in the area, Martinez finished off and Haller, in the hunting suit in the small area, put his leg to correct the trajectory and score his ninth goal in the Champions League. The Besiktas defense simply stared.

You can also read:  The businesses outside of Barça that have made Martin Braithwaite a millionaire

The Turkish side did not even attempt to draw, assuming their European career has come to an end this season. Ajax, meanwhile, are heading into the round of 16 at full speed and will reach the last day of the group stage without having to play anything.

Referee: Irfan Peljto (Bosnia-Herzegovina) showed a yellow card to Larin from Besiktas and Haller from Ajax.

Incidents: Match corresponding to the fifth day of group C of the Champions League played at the Besiktas Park stadium in Istanbul. EFE