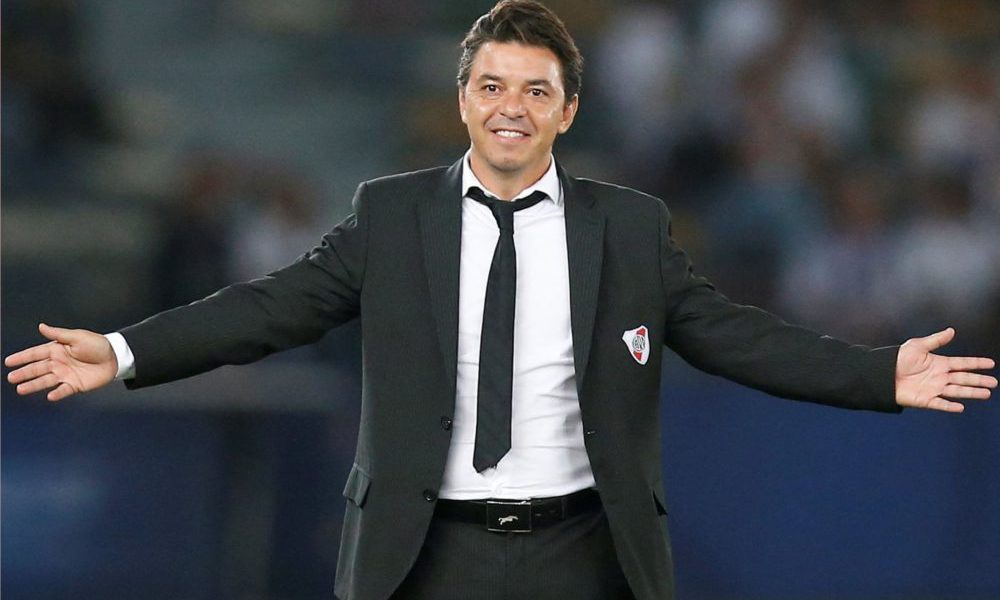 For the first time in 15 years, the Uruguayan team will have to go out to find a new technical director. After the dismissal of Oscar Washington Tabárez for the poor results so far in the current South American Qualifiers, the Charrúa team must find a coach who will direct the course and go for the feat of achieving one of the tickets to the Qatar 2022 World Cup. Among the names that have begun to sound, there was one that made much more noise: that of Argentine Marcelo Gallardo, who had a successful cycle at the head of River Plate.

According to the newspaper El País published in its sports supplement Ovación, the Doll is one of those wanted by the leadership of the Uruguayan Football Association to take charge of the team. The prestigious media has even assured that there have already been contacts between the DT’s environment and “a neutral from the AUF”, although the scope of these communications has not been specified.

You can also read:  Lukaku and Hazard set Belgium to Qatar

“There is no rush to appoint a new coach, we have a series of days ahead where we will first define a profile and from there we will make the necessary contact,” Ignacio Alonso, president of the AUF, told the same medium. .

The continuity of Gallardo at the head of River is one of the issues that reveals to the supporters of the Millionaire cast. The contract of the most successful coach in the club’s history ends on December 31st and there are still no clues as to what he will do after that date. “I will announce it when our participation in the tournament is over. We will evaluate it there, ”he said at the press conference prior to the match against Platense in which his team will seek to take another step towards the Professional League title. There is another factor that will influence his decision: on Saturday, December 4, there will be elections in the institution of Núñez and there the successor of Rodolfo D’Onofrio will be elected as president.

You can also read:  Araujo avoids, in the 90 ', another defeat for Barça

Of course, whoever takes over in the Uruguay national team after Tabárez’s departure will have a tough time. The team comes from losing its two commitments in the last international window (3-0 against Bolivia and 1-0 against Argentina) and was seventh in the standings, out of the places that give tickets to the World Cup. His next commitment will only be on January 27, 2022 when he visits Paraguay in Asunción. Five days later, he will receive Venezuela. Both will be crucial duels for your future.

But the name of the Doll has not been the only one that has transpired. Also in the portfolio are Guillermo Almada (currently at Santos Laguna de México), Diego Aguirre (at Inter de Porto Alegre) and Fabián Coito (recently disengaged from the Honduran national team). The Argentine José Néstor Pekerman is also an option, although the former coach of the Albiceleste team is in the plans of Venezuela. (Infobae)