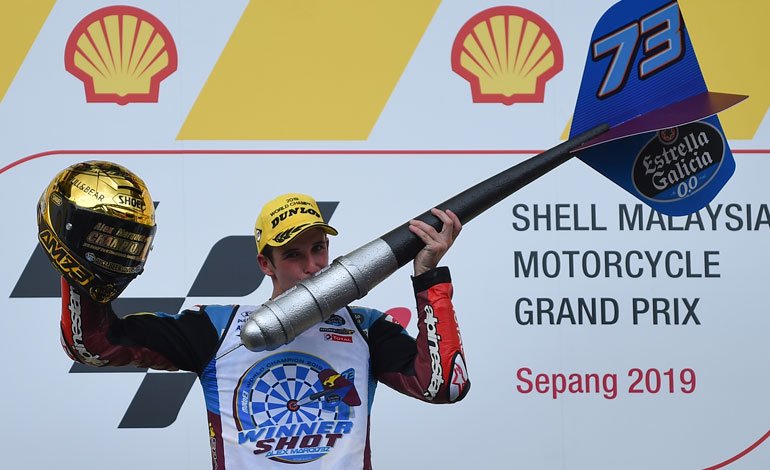 The Spanish Álex Márquez (Kalex) was proclaimed Moto2 world champion after finishing second in the Malaysian GP that the South African Brad Binder (KTM) took at the Sepang circuit, while his compatriot Maverick Viñales (Yamaha) got the victory in the MotoGP race.

It is the second world title of Álex Márquez, who in 2014 was already crowned in the Moto3 category.

“It’s difficult being the brother of and he has a lot of pressure,” recalled his older brother, MotoGP world champion Marc Márquez. «He is not the brother of, he is Álex Márquez».

After the twisting of the little one of the Márquez, Maverick Viñales, who fell last week in Australia on the last lap when he was fighting for victory with Marc, he took his revenge by beating his compatriot in Malaysia this Sunday.

You can also read:  Button denies that his stay in F1 depends on money

Second on the grid, Viñales immediately took control of the race to win the penultimate round of the season alone.

“At Phillip Island, I had victory in my hand and I made a mistake. Here, he knew he had a chance if he made it to the top spot. You had to push, push and push to increase the distance ”, analyzed the Yamaha rider.

Italian Andrea Dovizioso (Ducati), who completed the podium, and Márquez had good starts and made us forget their 10th and 11th places on the grid.

– «My brother’s title has motivated me» –

Down in qualifying on Saturday, the world champion did not appear uncomfortable with bruises to his knees, elbows and shoulders. “On the bike I forget everything and my brother’s title has motivated me to get a podium and celebrate with him.”

You can also read:  Tribute in Brazil for the 25th anniversary of the death of the pilot Ayrton Senna

“I did not have the speed to endure with Marc,” acknowledged ‘Dovi’. “But we can be happy because we have never achieved such a good dry track result in Malaysia and the distance is not huge.”

Márquez already has 17 podiums in 2019. Never has a pilot been on the podium so many times in the same season.

With 395 points ahead of the final round, to be held in Valencia, Spain on November 17, the world champion also broke the previous record of 383 by Spaniard Jorge Lorenzo in 2010.

Although Márquez and Dovizioso have secured the top two places in the drivers’ standings, the fight for third place remains open. At the moment it is occupied by Viñales, who is 7 points ahead of Spanish Alex Rins (Suzuki). In Valencia the last 25 units are distributed.

You can also read:  Mercedes Benz manager, assaulted in Mexico City upon arrival in the country

“Congratulations to the team for the progress made in the last four or five races, especially for the pace on the first lap,” declared Viñales, the fittest rider at the time.

In Moto3 the winner of the race was Italian Lorenzo Dalla Porta (Honda), who was crowned world champion in the category last week.

The drivers dedicated the race to Indonesian Afridza Munandar, who died in an accident on Saturday during an Asia Talent Cup race at the same Sepang circuit. AFP