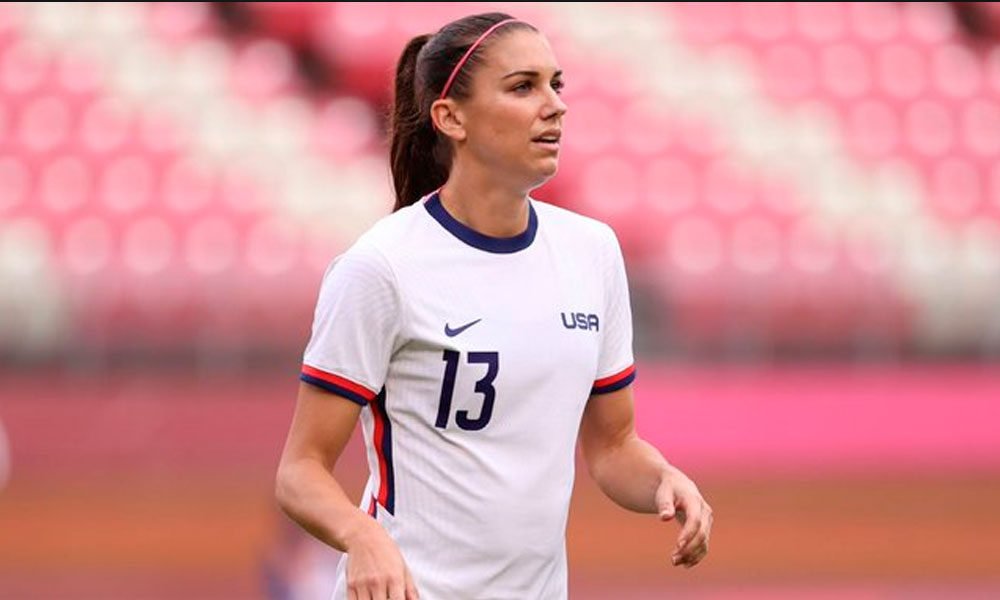 The star of the United States women’s soccer team, Alex Morgan, has criticized her country’s main women’s league (NWSL) for not doing more to protect female players from sexual harassment by some coaches over the past decade.

Morgan, who plays for the Orlando Pride, spoke Tuesday on NBC’s “Today” show, which also featured Mana Shim and Sinead Farrelly, formerly led by Riley, and recorded allegations against her, including sexual coercion.

“I am here to support Mana and Sinead and continue to amplify their voices, and show the systemic failure of the league and how wrong they did in handling Mana’s case, complaint and investigation and where they failed Mana and Sinead, and probably many other women, ”Morgan said.

You can also read:  The Dior brand will dress PSG

“When I look back I tried to be the best possible friend and teammate for Mana, helping her file a complaint, when at that time there was no anti-bullying policy, there was no league human resources, there was no direct line anonymous, there was no way to report it, “said the Olympic champion in London-2012.

“Now we have begun to put these things in their place, by demand of the players, not because the league is proactive. One thing we ask is that the league begins to be proactive. We are asking for transparency.

Farrelly, who played for Riley on three different teams, accused the coach of “sexual coercion” while he was his coach at Philadelphia Independence.

You can also read:  Alemán who denounced insults by Hondurans had already been a victim of racism

Riley became the coach of the North Carolina Courage after Portland Thorns fired him. The Courage fired Riley last week.

The league had also postponed several weekend games, but said Tuesday that the schedule will continue to move forward.

For his part, Shim pointed out that Riley destroyed their careers. “Is a predator. He sexually harassed me, sexually coerced Sinead and took away our careers. “

In a statement to The Athletic, Riley denied wrongdoing and described the allegations as “completely false.” “I have never had sex or made sexual advances with these players.”

You can also read:  Foden, the pearl of Manchester City now in the service of His Majesty

US Soccer and FIFA also said they would launch independent investigations into the matter. AFP (HN)