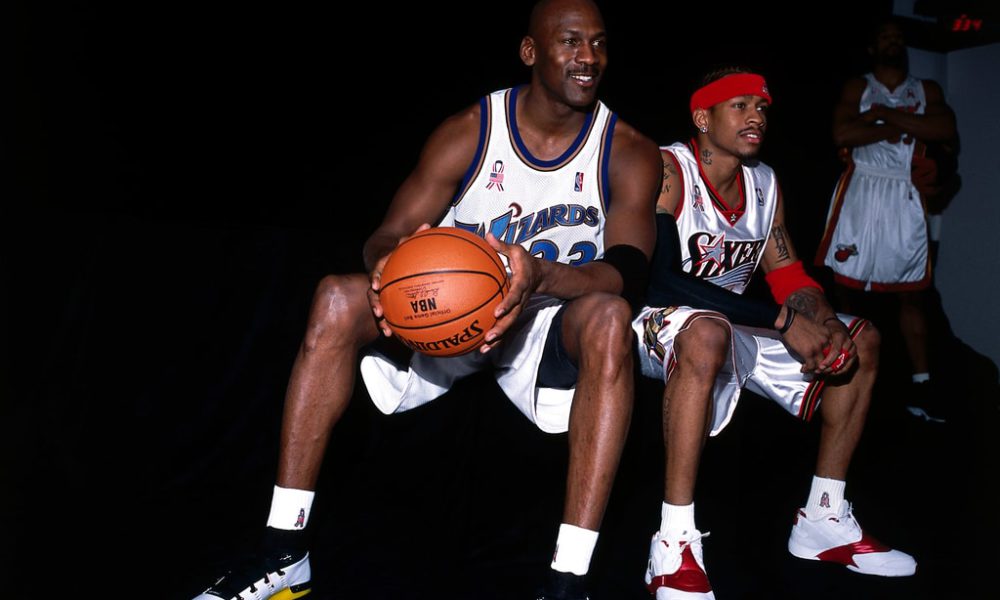 When Michael Jordan wore the Chicago Bulls uniform he was unstoppable and from the first moment he played in the NBA he began to win awards such as Rookie of the Year 1985.
Season after season, MJ would achieve a unique dominance in the league and few players could surpass it in confrontations with each other.
With six champion rings, ten top scorer titles, five Most Valuable Player awards, six Finals MVP awards and 983 opponents against the Chicago Bulls, Michael Jordan lost only one player in points per game.
Beyond the dominance that Chauncey Billups had in wins and losses over MJ, a living NBA legend scored more points per game than Michael in games against him. It’s about no one else and no one less than ‘The Answer’: Allen Iverson.
In Jordan’s best moment in the NBA, when he played for the Chicago Bulls, Iverson faced him in seven games, he beat him only once, but when it came to averaging points, he earned the distinction of being the only one among 983 rivals of Jordan who beat him on this statistic.
Iverson, the only player among Michael Jordan’s 983 rivals to beat him on point

You can also read:  The immortal Shaq O'Neal

Averaging 27.1 points per game, Allen Iverson is the only player among Michael Jordan’s 983 rivals to dominate him in this statistic. When ‘Air’ faced the living legend of the Philadelphia 76ers with the Chicago Bulls he had 24 points per game with six wins and one loss. (Bolavip)