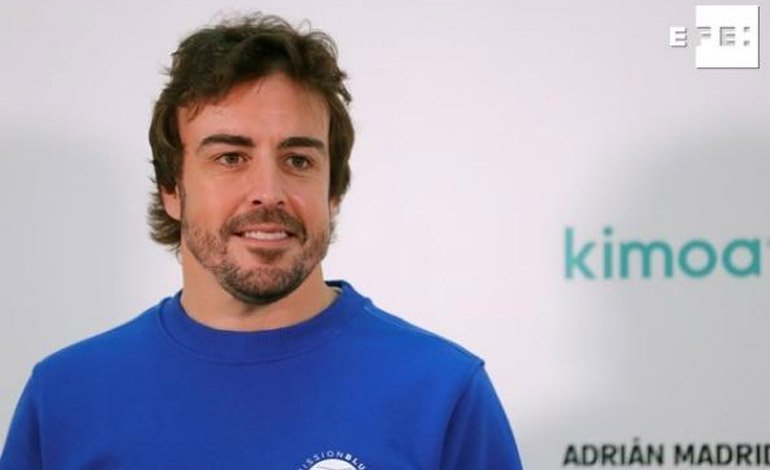 Fernando Alonso, double champion of the Formula One World Cup and winner of the last Endurance World Cup, presented in Madrid a double initiative to raise funds in favor of the care of the oceans together with the organization ‘Mission Blue’ and the online sales platform eBay .

The sale of a range of 400 sweatshirts and t-shirts made with recycled plastics – “Each sweatshirt is made with some 26 recycled plastic bottles,” said the pilot – and the auction of three surfboards decorated by Spanish artists Okuda, Edgar Plans and Domingo Zapata in ‘eBay solidarity’ will generate resources for the care of an area of ​​posidonia in the Balearic Islands.

This area of ​​marine vegetation in the Balearic archipelago is one of the 500 marine areas or ‘Hope Spots’ that the organization ‘Mission Blue’, created by the American marine biologist Silvia Earle, 2018 Princess of Asturias Award for Concord, protects and cleans waste, a task to which the income from this initiative will contribute.

Alonso presented this initiative together with the mountaineer and television presenter Jesús Calleja at eBay’s headquarters in Spain, in an event in which the platform’s Director of Communication for Spain, Mónica Pérez, and the artists who decorated the three tables also participated. of surf that will go up to auction.

You can also read:  Hamilton advances to his third title after taking a royal ride at Monza

During that talk, the Asturian driver, world champion of Formula One in 2005 and 2006 with Renault, assured that he has no “desire or desire” to return and said that he is not clear if he will return to the ‘Great Circus’ with the planned change of regulations by 2021.

“There is going to be an important change and the cards are going to be mixed, but I cannot say if I am going to return or not for sure, it may or may not,” added a Fernando Alonso who in January will have his first participation in the Rally Dakar, although the Asturian was summoned to October 24, when Toyota confirms its drivers.

At the Dakar, Alonso recalled that it is “the toughest rally on the planet” and that is why his “first objective” will be to finish it, but he admitted that once in the race, he will try to compete. “If I do the Dakar, 1% of my head will think about winning it,” he acknowledged. EFE