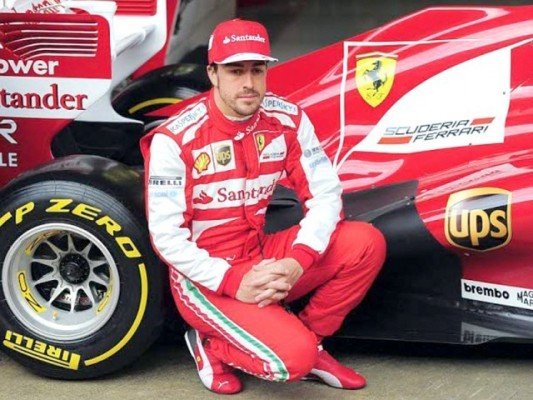 The Spanish Formula One driver Fernando Alonso is the best-known racer in the world, even above the four-time world champion Sebastian Vettel, according to a study carried out by the sports marketing company Repucom. Alonso is known globally by 71.14 percent of people. Where it is most recognized is in Spain, with 98.35 percent of the population, while the lowest result is obtained in the United States, where only 12.76 percent said they know who the Asturian athlete is.
However, 84.5 percent of the Americans who said they knew him gave a positive opinion about the figure of the Spanish pilot.
The British Lewis Hamilton and the Brazilian Felipe Massa, with 63.65 and 58.14 percent respectively, complete the podium of the best known, followed by the current world champion, the German Sebastian Vettel, and by the Finnish pilot from Ferrari, Kimi Raikkönen.
Vettel was known to just over half of those surveyed (54.3 percent), although it has a recognition level of 97.58 percent in Germany.
As explained by the study authors, Alonso’s dominance is largely due to his belonging to the Ferrari team, the best known, with 59 percent.

You can also read:  Escudería Toro Rosso will use a Ferrari engine in 2016