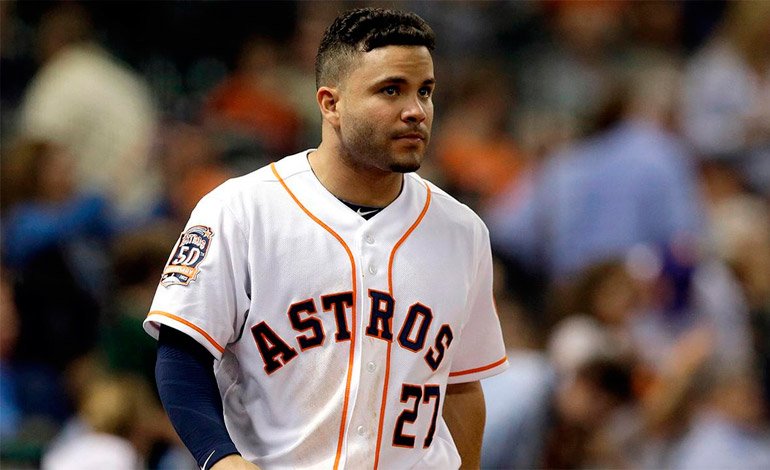 Venezuelan second baseman José Altuve confirmed with his swing that they were not wrong in naming him Player of the Week and he made it count by hitting his fifth home run of the season.
His compatriot Salvador Pérez also shone on the day of the majors by driving in five runs, his best mark for life.
In the loss, Altuve (5) kept his bat on and homered for the Houston Astros, who lost 5-7 to the Texas Rangers.
The Astros second baseman hit from four corners to earn his nomination as American League Player of the Week.
Altuve took credit for the appointment after hitting .407 with three doubles, three home runs, seven RBIs and two stolen bases in the period ending April 17.
This time the three-time All-Star Game hit 1 of 5, with a home run good for two runs and leaves his batting average at .304.
Venezuelan catcher Pérez hit a three-run homer and drove in five, his best career mark in that section, and the Kansas City Royals defeated the Detroit Tigers 8-6.
Pérez (2) hit his second home run of the season by making four trips to the batter’s box and having contact twice.