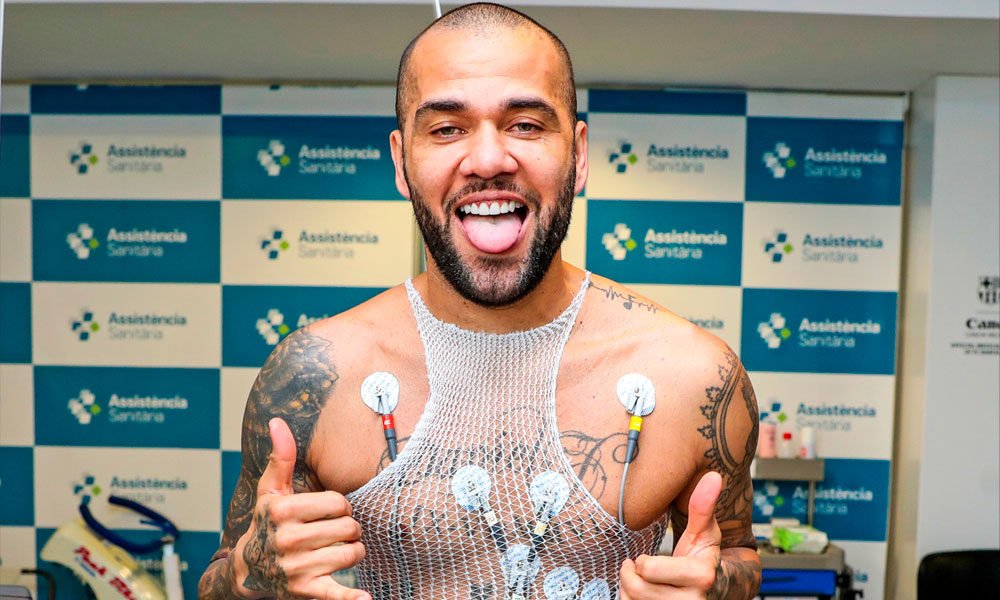 Right-back Dani Alves has successfully undergone a medical check-up at the Barcelona Hospital and, thus, from 6:00 p.m. on, he will be able to train with his teammates in the session programmed by Xavi Hernández at the Ciutat Esportiva Joan Gamper.

The Brazilian arrived at the medical center at 9 am with joy and, as is usual for him, he left some funny words to the media present: «Did you miss me, eh? I always surprise ». Alves will wear the Barça shirt again five years after his departure.

After two and a half hours of medical examination, the footballer left the hospital stating that he is “forever young (always young)” despite his 38 years.

You can also read:  Platini returns to football as a member of the FIFPRO players union

A few minutes later the club announced that Alves’ presentation as a new Barça player will be this Wednesday at 2:00 p.m. at the Camp Nou in an event open to the public and, at 3:00 p.m., there will be a press conference.

But Alves will not debut for the second time as a Barça player until at least the weekend of January 2 against Mallorca in the League because he will not be able to be registered until the winter market opens. EFE (HN)