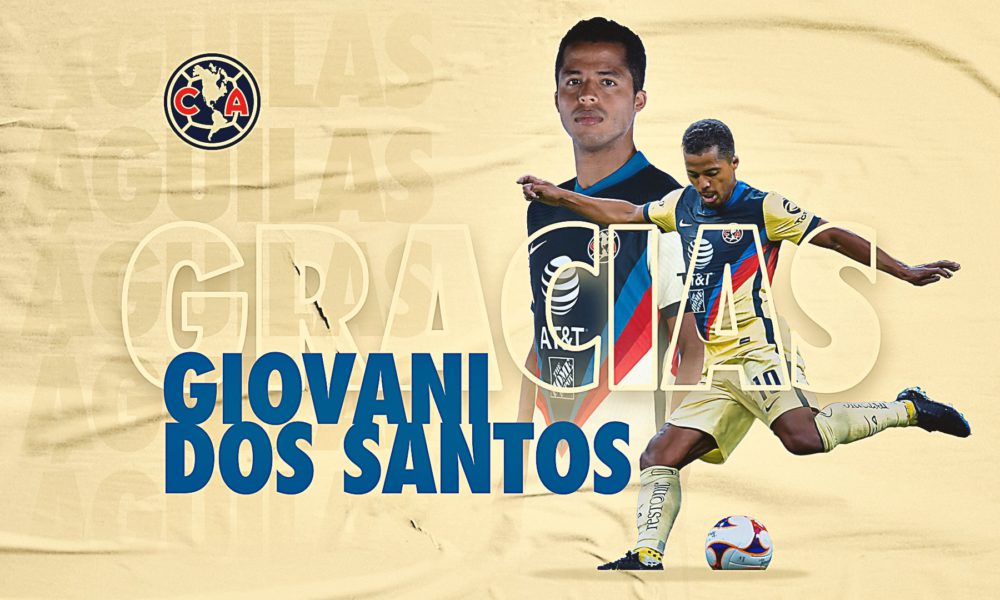 The Mexican striker, Giovani dos Santos, was officially discharged by América, a club with which he failed to become a benchmark.

It was through a Twitter message that America announced the departure of the soccer player, who ended his contract and was not renewed after two years, during which he wore the “10” shirt.

“Thank you Giovani dos Santos for wearing these colors. We wish you the best in your next challenge, you will always be an Americanist”, reads the club’s message.

Giovani arrived from MLS in the summer of 2019, the year in which the player lost his ‘franchise’ player tag with the Los Angeles Galaxy.

You can also read:  Joan Laporta: «I am as hurt and indignant as all of you»

From the first tournament he played with América, Giovani dos Santos failed to consolidate himself, due to a serious injury in the National Classic against Chivas that caused him to undergo surgery due to a cut on his right thigh. Throughout that first year, the player had consequences that prevented him from being at his best physical and football level.

The soccer player pointed out upon his arrival in Mexico that he had supported the Eagles since he was a child and wanted to be a benchmark, but this did not happen due to his multiple injuries and poor performance.

Throughout these two years Giovani played a total of 42 games, scored four goals and made two assists.

You can also read:  FIFA will review Mexico venues for the 2026 World Cup in November

With the departure of Giovani, America is freed from paying one of the highest salaries within the squad, since the footballer received 3 million dollars a year, plus prizes for goals achieved.

With this situation, the footballer will be free to negotiate with any team that wants to have his services. (Espndesports)

Thank you Giovani dos Santos for wearing these colors.
We wish you the best in your next challenge, you will always be an Americanist.
🔸 #Always Eagles 🔹 pic.twitter.com/NQnlZHclmR