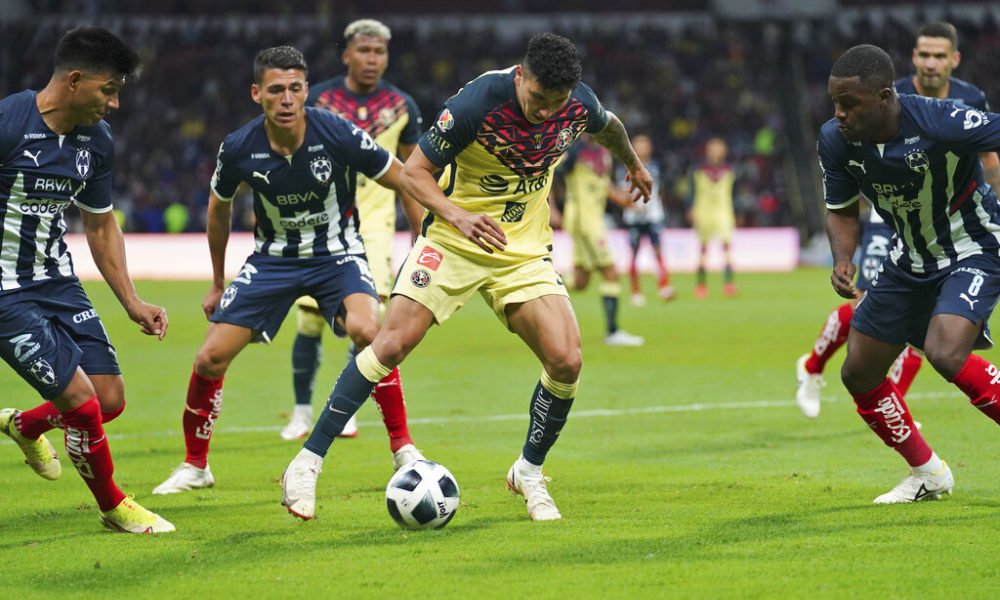 An America with an alternate team drew 0-0 with Monterrey on Saturday and closed the Mexican Apertura tournament as leader, although within a two-game winless streak.

For the second consecutive game, the Argentine coach Santiago Solari, sent several substitutes to the field, given that the Eagles had already secured the top for three dates and had not played anything since then.

America finished the Apertura first with 35 points and will have to wait for the qualifying round to finish to meet their rival in the quarterfinals.

The Eagles, who left six of their regular players on the bench, will rest the first week of the final phase as happened in the previous tournament, when they were second, but lost in the first round to Pachuca.

You can also read:  Sérgio Conceição renews as Porto coach until 2024

In addition to this setback, Solari and América are indebted to their fans after losing the CONCACAF Champions League final to Monterrey.

The Rayados finished the Apertura winless in their last six games and are ninth with 22 points.

Only Atlético de San Luis could move them from that position, but to do so they would have to beat Santos by eight goals on Sunday.

Despite resorting to an alternate team, America had the opportunity to take the victory at 74, when Colombian Roger Martínez took a penalty that shook the networks, but was annulled by the VAR, when it was determined that there was a double touch in the move.

With a hat-trick by Chilean striker Víctor Dávila, León beat Necaxa 3-0 and clinched third place in the standings.

You can also read:  Van Bommel sacked as Wolfsburg manager

Dávila scored his goals at 21, 52 and 72 minutes for the Fiera, which closed the championship with three games without defeats.

León finished the regular season with 29 points, the same amount as Atlas, who was second due to a better goal difference.

So far América, Atlas and la Fiera are the only teams with their direct access to the quarterfinals.

Necaxa remains within the repechage zone and is 12th with his 20 points, but he was at the mercy of Atlético de San Luis, Pumas and Pachuca, who will displace him from there if they win their matches on this date.

León took the lead when Fernando Navarro delayed a ball into the area for Dávila, who made a powerful shot that entered the left corner of the goal defended by Luis Malagón.

The local team extended their advantage when the Rayos lost a ball at the start, the Ecuadorian Ángel Mena reached the baseline on the right wing and sent the ball to the small area where Dávila stumbled, but got up and after turning around pushed the ball to the back of the net.

La Fiera sealed their victory when Colombian Omar Fernández sent a cross from the left into the heart of the area, where Dávila hit the ball to knock Malagón out of the game and made it 3-0. (AP)