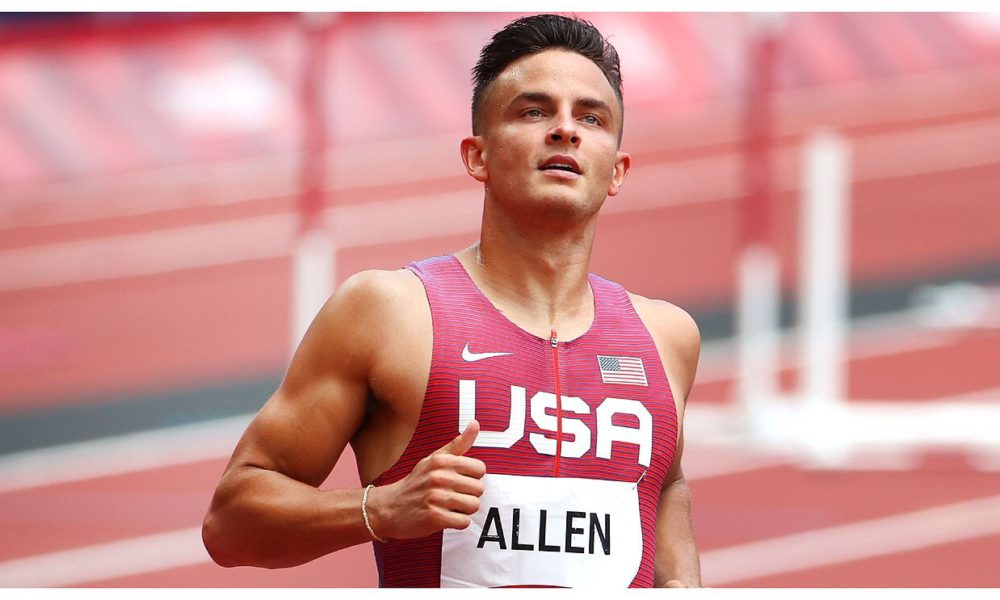 Allen, 27, signed a spectacular time of 12.84 seconds, the best of the year, on the track at Icahn Stadium in New York.

Holloway, gold medalist at the 2019 World Championships, was second with 13.06s and fellow American Daniel Roberts third with 13.17s.

Allen was only four hundredths of the distance world record, which is still held by his compatriot Aries Merritt (12.80s). Holloway has the second best time of 12.81s.

“He’s been there,” said Allen, who was confident in contending for the best time of the test. “We’ve been doing it in training for probably the last six weeks.”

Allen has recently been combining his athletic training with his first practices with his teammates from the Eagles of the American Football League (NFL).

The runner plans to fully join the team after the World Championships in track and field in July in Eugene, Oregon.

In the coming weeks, he will focus on the World Cup by running events in Europe.

Allen’s feat was the highlight of Sunday’s meeting in New York. In other tests, the current American champion of the 100 meters, Sha’Carri Richardson, had a bittersweet day.

The young sprinter was defeated in her favorite event, the 100m, finishing in second place behind Aleia Hobbs, who won with 10.83s.

Richardson clocked 10.85s and Teahna Daniels was third with 10.99s.

Richardson’s time fell far behind this year’s 200m world best of 21.80s, set by Abby Steiner at the varsity championships in Eugene on Saturday.

In the men’s 100m, defending world champion Christian Coleman scored an encouraging victory for his return to the elite after his suspension for breaching anti-doping protocols.

Coleman crossed the finish line in 9.92s, his best time of the year, and Jamaican Ackeem Blake was second in 9.95s.