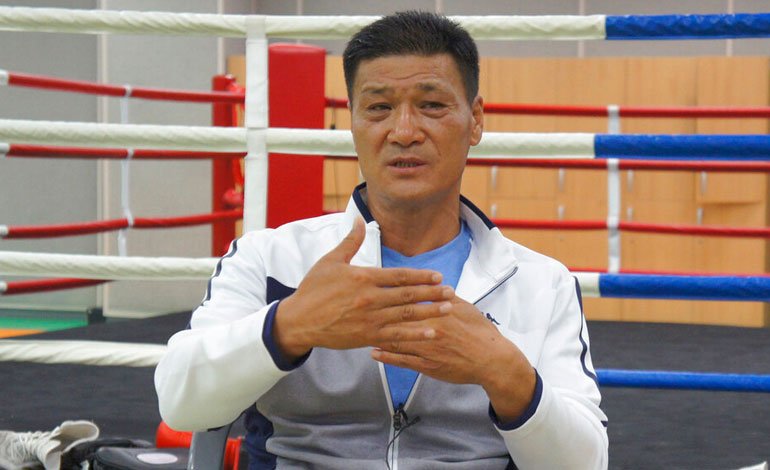 The last South Korean boxer to win an Olympic gold medal, 32 years ago, wishes the medal had been silver.

Before stepping into the ring to contest the junior middleweight final against American teenager Roy Jones Jr. on the last day of the 1988 Seoul Olympics, Park Si-hun fantasized about becoming a Korean sports legend against a crowd of compatriots delirious with happiness.

Three rounds later, he had the gold medal, but not the glory.

Park’s victory by a 3-2 failure remains one of the most contentious moments in boxing history as Jones appeared to dominate the fight from start to finish.

The outcome drew criticism from all sides, including the South Koreans themselves, who booed Park on the podium.

Jones had a phenomenal professional career and retired in 2018 with 66 wins and nine setbacks as one of the greatest boxers of all time. He is now a television commentator and plans an exhibition match with Mike Tyson in the coming months.

Park felt badly beaten by what happened and did not fight again after the Seoul games. For 13 years he taught elementary and high school in a rural coastal town before returning to boxing as a coach.

You can also read:  Wladimir Klitschko and Tyson Fury ready for battle

In a recent interview with the Associated Press, Park said he dreams of having one of his clients convincingly win an Olympic gold medal, which would represent a kind of redemption for him.

More than three decades have passed and it still pains him that his gold medal is considered a stain in games that represented a kind of world premiere of modern South Korea.

“I have a resentment that I will probably carry with me for the rest of my days,” said Park, 54, who leads a small municipal team from Seogwipo on Jeju Island.

“I didn’t want my hand to be raised” after the Jones fight, Park said. “But they lifted it up and my life turned into an ordeal.”

Roy Jones Jr. in action at the 1988 Seoul Olympics.

Even today Park feels bad talking about the fight with Jones.

Desperate for Olympic glory, Park fought with a broken right hand sustained during practice. He said it didn’t matter until he ran into Jones, the only rival who was faster than him.

Without being able to use his right hand, Park had no hope with someone of the category of the American, who showed “great speed, power and technique,” according to the Korean.

“I was fast for a middleweight, but Jones was on another level,” Park said. “A boxer knows if he won or lost. I knew I had lost ”.

Park said he felt “confused” when the referee raised his hand and couldn’t wait to get out of the ring. There was a mixture of applause and boos.

More humiliating still was the moment when a program invited the 12 South Koreans who had won gold medals and interviewed 11, but not him. The driver completely ignored him.

Park was rained with criticism and what he described as “very offensive” insults, as well as calls for him to return his medal.

He assures that it was a psychological torture, “as if they hit you with a hammer on the back of the neck over and over again.”

“I often think I would have been so much happier to have finished second,” Park said.

Park said he fell into a deep depression and thought about committing suicide at times, and is grateful to his wife, who helped him overcome those lows. The couple considered the possibility of leaving the country, but the children began to arrive and stayed.

You can also read:  Vasiliy Lomachenko decides to stay in Ukraine, will not fight George Kambosos

The youngest, Rei, 20, studies in Louisiana, United States, and practices the javelin. He dreams of going to the 2024 Olympics.

Although he does not regret not having turned professional, saying that he surely would not have gone too far with his style – he knew how to avoid blows but did not like to punish his opponent – he confesses that he felt some envy when he saw Jones’ successes. He says that he is in contact with him from time to time.

After long ignoring him, he was asked by the South Korean boxing association in 2001 to lead the national boxing team.

Since then he has been in charge of the national team several times and coached some talented boxers, but never came close to an Olympic gold.

The International Olympic Committee said in 1997 that it had found no evidence of bribery in the ’88 fight. The United States had called for an investigation after East German secret police files came to light that some judges had been bought to declare winners to the South Koreans. AP (HN)