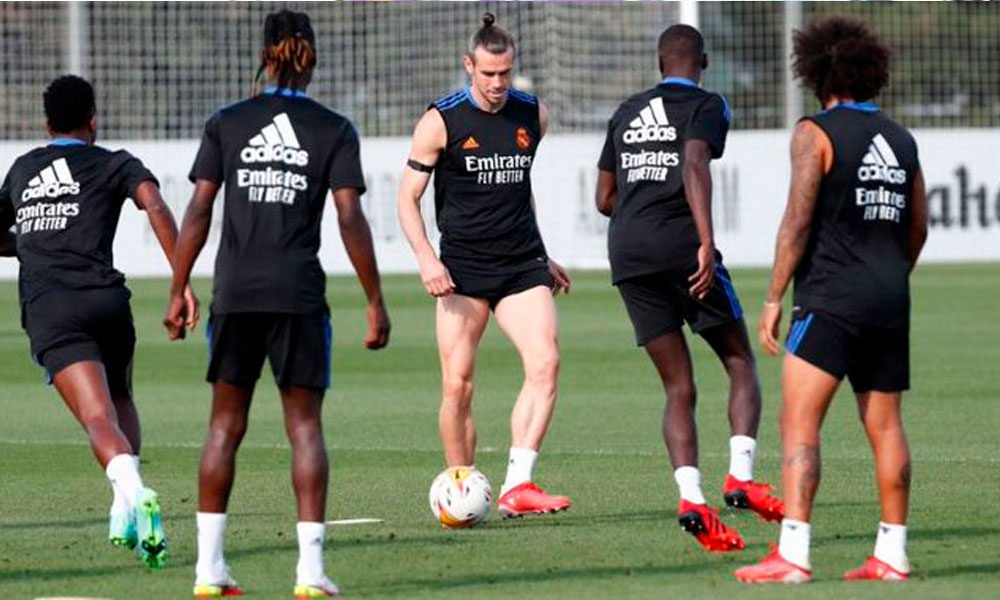 Carlo Ancelotti questioned the assessment of the Welsh medical services on Gareth Bale’s injury after returning to Real Madrid injured, again, from his international commitment.

The Madrid international received a medical discharge just before the match between Madrid and Rayo Vallecano, but did not play as a precaution. However, being called up with Wales, he played 45 minutes in the first of the two games on the FIFA date and returned injured.

“Bale’s situation was quite clear: he was discharged and they had to evaluate him. It may be that the evaluation was not so correct because he has been injured. The idea is to get the player back because we believe that he can be useful for the team this season and that he is ready to play with us, ”said Carlo Ancelotti.

What I think is clear: Bale is very fond of his national team but he also has to play for Madrid. He wants to play again because to play with Welsh he has to train well and play with us ”, Ancelotti lamented, closing the matter by emphasizing once again that the character of his attacker must be respected and that he hopes to recover it as soon as possible.

You can also read:  Barcelona and Boca Juniors will play the Maradona Cup

The absence of messages from Bale towards Real Madrid was not a point that Ancelotti attributed to his player, focused on recovering as soon as possible. “Bale has a character that we have to respect. If you do not want to use social networks with the utmost respect, it is clear that you are not happy because you have been injured again. We are going to do everything together so that he recovers as quickly as possible because it is not true that we have a confrontation with him.

Real Madrid play at the Los Cármenes Stadium against Granada on Sunday. For that match, Ancelotti announced that Rodrygo will be available, but not Federico Valverde, who will surely return next week. Who will not play will either be Eden Hazard. Ancelotti said that the Belgian does not have COVID-19, but he does have gastroenteritis.

You can also read:  Russia beats Finland and stays alive in the Euro

“Hazard is like all players who don’t play a lot, so he’s not happy. It would bother me if he was happy. He’s trying to get over it, he’s unlucky. He has gastroenteritis and cannot play this weekend. It is not COVID ”.

Regarding the state of the team, which is in good shape, the Italian coach was clear.

“The team is fine, it is ready, we hope it continues with the same dynamics as before the break,” said an Ancelotti who took the opportunity to complain about the lack of rest that all the teams have because of how the international calendar is.

You can also read:  Dani Alves: «I am half Brazilian and half Spanish»

“The dynamics of current football is not good and we have to change it. I’m not the one to say if with the Super League or whatever. There are injuries, there is less quality of football, you cannot play at the intensity you want… This has to change ”.

Finally, Carletto commented on Xavi Hernández’s debut as Barcelona’s new coach and used common sense when answering whether he would see the Barça – Espanyol with which Terrasa will debut.

“Yes, I think it is going to be an interesting match. Xavi will bring something new to the team and the club. We have to fight to the end with them and, if there is something new, I would like to find out soon, ”concluded Carlo Ancelotti. (ESPNDEPORTES)