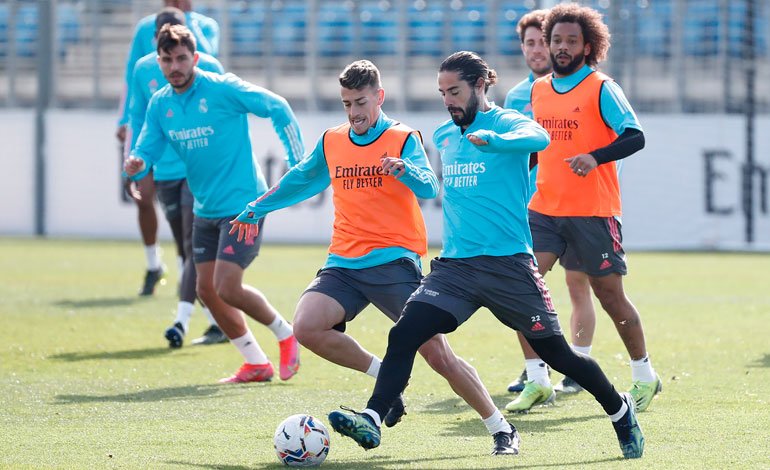 Carlo Ancelotti said he felt “very happy” to return to training at Real Madrid, where he announced that he will reduce the squad, waiting to finalize signings and possible departures.

“I am very happy to come back here, to what I feel is my home,” said the Italian coach, who led the Merengue team between 2013 and 2015 and won the tenth European Champions League, at his presentation press conference. (2014).

His new contract is for three years.

“I think we are going to repeat something good in this new experience,” added Ancelotti, from English Everton and substitute on the merengue bench for Frenchman Zinedine Zidane.

Ancelotti, who will turn 62 next week, regains the reins of Real Madrid after a season without titles, and with several unknowns regarding the squad.

Asked about the continuity of Sergio Ramos, when rumors of his departure are multiplying, Ancelotti insisted that he has not had time to talk about the future of the squad, and that “we are going to discuss it in the coming days.”

You can also read:  Mexico gets complicated, but beats Jamaica towards Qatar 2022

However, he dropped that Ramos’ departure would be a possible scenario, stating: «I did not imagine a Real Madrid without Carlo Ancelotti, but it has happened. We have to accept everything.”

“We are going to talk to the player,” he added, referring to the defender, who is now 35 years old and was left out of the Spanish squad for the European Championship.

Without giving specific details, the Italian coach made it clear that he is going to reduce “a little the squad”, which in its current form is “very long”.

And he promised a new style, explaining that the objective “is not only to sign a strong forward who scores goals”, but “to seek more goals from the extremes, from the middle”, with “an offensive mentality”.

You can also read:  Depay scores in Barça victory in second pre-season friendly

– “I don’t think it’s right to talk about Cristiano” –

Asked about possible signings, he was evasive about Kylian Mbappé -whose PSG wants to extend his contract-, and ruled out bidding for Cristiano Ronaldo, whom he directed in his first stage in the ‘White House’.

“I have a lot of love for him,” but “it doesn’t seem right to me to talk about Cristiano when he has a contract with another team, which is Juventus,” where he is “scoring a lot of goals,” he explained at the press conference.

‘Carletto’ commented on the other hand that he has good expectations for Eden Hazard – “it may be the right year for him to squeeze all his potential” -, and also with Gareth Bale, who returns after his loan to Tottenham.

You can also read:  Swiss Xhaka will not play against Italy after testing positive for covid-19

“He hasn’t had much time in the Premier League, but he has scored a lot of goals,” especially in recent games, and now “he can have a great season, I have no doubt,” he said of the Welsh attacker.

He also said he was happy to lead Frenchman Karim Benzema, “a top player.”

Alleging lack of confidence on the part of the management, Zinedine Zidane slammed the door last week, after a season without titles concluded by the Madrid team as runners-up in the Spanish league.

Ancelotti praised the work of ‘Zizou’ in his two stages in Madrid, in which he won 3 ‘champions’, and assured that “he is going to talk to him”. AFP (hn)