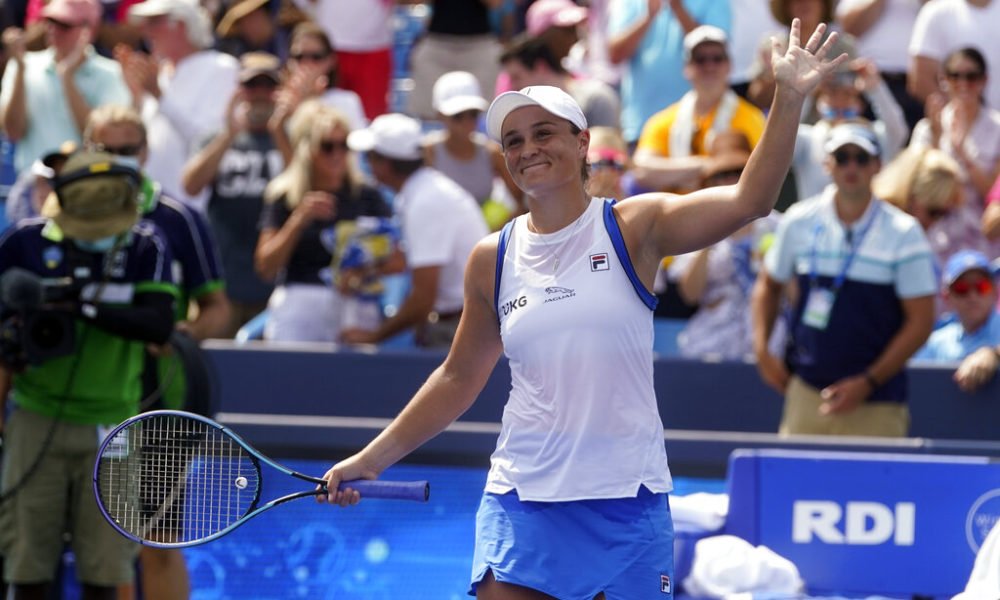 Ash Barty was not on the court but on the couch. Bianca Andreescu also did not play the US Open last year. Aryna Sabalenka yes, but it did not last long.

All three would be among the leading candidates to strip Naomi Osaka of the women’s singles title at the last Grand Slam of the year, which begins on Monday.

Andreescu is the only one of the three to have had any success at Flushing Meadows, defeating Serena Williams in her US Open debut at age 19. (Williams, with 23 Grand Slam titles, will be absent this year as he recovers from a muscle strain in his right leg.)

But it seems only a matter of time for Barty and Sabalenka, the first two seeded. Osaka is number three.

You can also read:  Puig eliminates Wozniacki, advances to quarters in Wuhan

Barty is coming off winning his second Grand Slam title at Wimbledon, to which he added one on hard court in Cincinnati.

“It’s been a long time since I’ve been in New York,” said the Australian. “This week is going to be exciting, with the presence of fans. That will give this tournament a lot of energy. This tournament flourishes with energy. I can’t wait to start ”.

Last year he chose not to play the US Open because he did not leave Australia during the pandemic and did not even watch it on TV due to the time difference.

Barty spent most of the time quietly at home before returning to training in October.

You can also read:  Nadal to the quarterfinals against Wawrinka

He has now been on the road for months, not returning to Australia since arriving in the United States for the Miami hard court tournament in March, where he defeated Sabalenka and Andreescu for one of his five titles this year.

“I think it has had an incredible year. It’s good to see someone play so consistently, ”Osaka said.

Like Barty, Sabalenka has never made it past the fourth round. The 23-year-old Belarusian, who has confidence issues in big tournaments, lost in the second round last year.

But conversations with her psychologist have helped her, and she reached the Wimbledon semi-final, where she was defeated by Karolina Pliskova.

“I’m only now starting to talk honestly (with the psychologist) about the Grand Slam,” Sabalenka said. “I tell him that all my problems with the Grand Slam is actually I was scared.”

Pliskova, a 2016 US Open finalist, is the fourth seeded, and 2019 finalist Elina Svitolina is fifth. They are followed by Andreescu, who since his victory in New York has suffered several injuries and has not made it through the second round in a Grand Slam.

“I got goose bumps when I went out to the) Armstrong stadium on the first day. I felt like in 2019. It’s nice to have those feelings when starting a tournament, ”said Andreescu. “I feel good, I am healthy, everything is fine.” (AP)