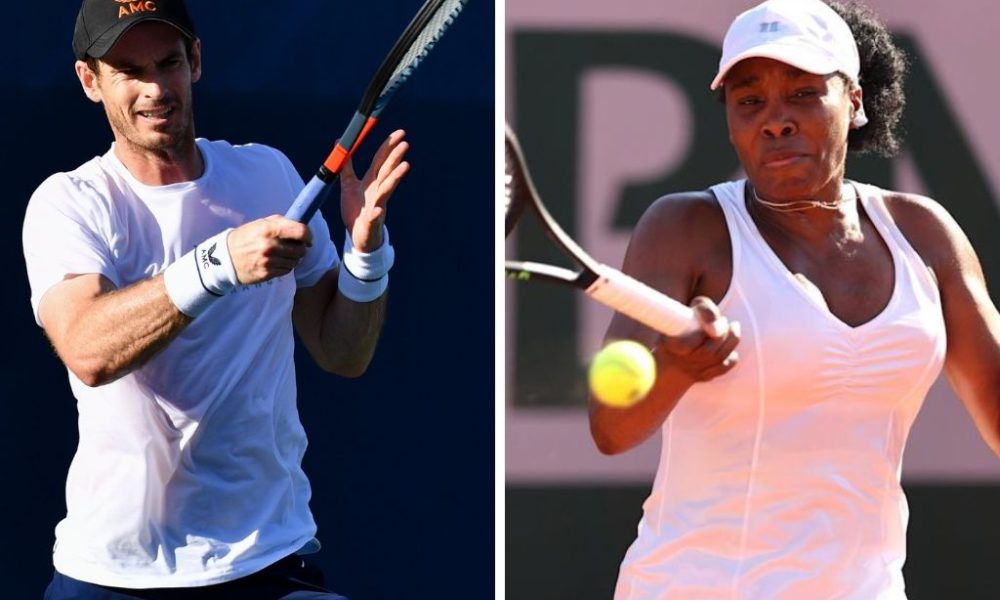 The Scotsman Andy Murray and the American Venus Williams, who accumulate seven titles between the two at Wimbledon, received an invitation (wild card) to play the main draw of the 2021 edition of the British Grand Slam tournament, the organizers announced this Wednesday.

The young Spaniard Carlos Alcaraz (78th in the world, 18 years old) also obtained an invitation to the main draw of the tournament, after reaching the third round at the recent Roland Garros.

In Murray’s case, the last of his two Wimbledon titles dates back to 2016. In recent years, injuries have hampered his performance and he is currently ranked 124th in the ATP rankings.

You can also read:  Rafa Nadal for the match to help find a lost girl (Video)

The 34-year-old won his third singles match of the year on Tuesday, beating France’s Benoît Paire at Queen’s, a traditional match on grass.

Andy Murray’s last singles appearance at Wimbledon dates back to 2017.

For her part, Venus Williams, 40, and five-time Wimbledon champion, will participate in her 90th Grand Slam tournament.

The former world number one, runner-up in London in 2017, is ranked 103rd in the WTA rankings.

Her run at Roland Garros ended prematurely this year after being beaten in the first round by Russia’s Ekaterina Alexandrova.

The eldest of the Williams sisters played Wimbledon for the first time in 1997.

You can also read:  Nishikori takes revenge on Cilic and returns to the semifinals of the Open

The tournament will allow the British government this year to test the return of the public to the big events.

The center court and court number 1 will be able to operate at 50% of their capacity at the start of the competition and the other courts will have a capacity of 75%.

The organizers hope to increase that limit towards the end of the tournament so that they can play the semifinals and the final with a full stadium.

You can also read:  Zverev to quarterfinals, Cibulkova KO