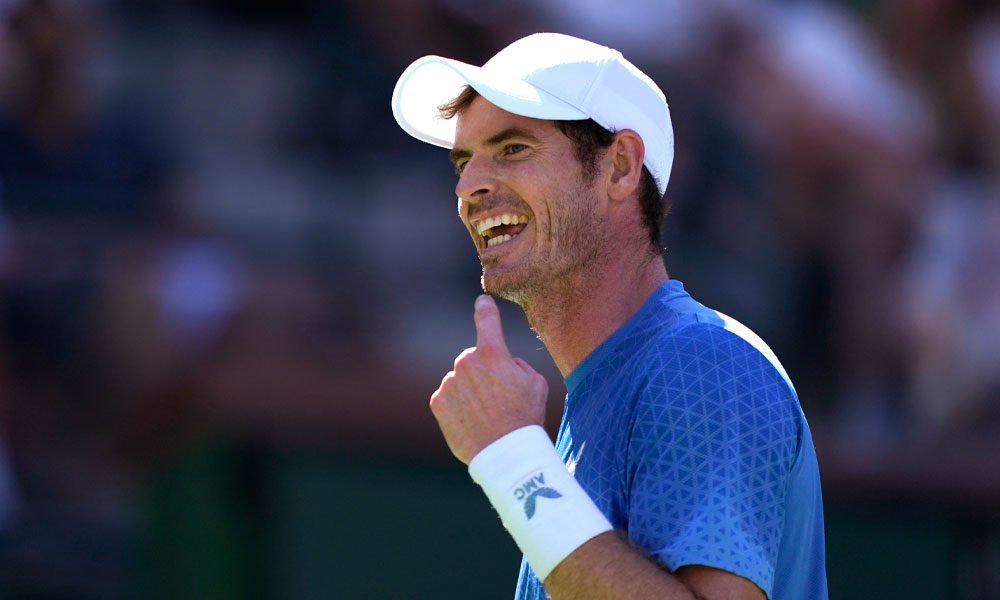 The Scotsman Andy Murray, 34, emerged victorious from a battle against the Spanish Carlos Alcaraz, 18, and qualified for the third round of the Indian Wells Masters 1000, where he will face the German Alexander Zverev, while in the ladies the young Leylah Fernández also advanced.

The Briton, who is trying to return to the elite after several seasons marked by injuries, was able to overcome a set against one of the most powerful players on the circuit, whom he has predicted will become world number one.

Alcaraz broke into the tennis world at the last US Open becoming the youngest male player to play a quarterfinal at Flushing Meadows in the Open era (since 1968).

This Sunday, Alcaraz started the clash with force, coming back from Murray’s initial 3-0 and saving a set point to pocket the first set.

Murray, who entered the tournament by invitation, rallied by winning the second set with only eight unforced errors in that heat compared to Alcaraz’s 14.

The Scotsman broke the Spaniard’s serve at the start of the final set and saved four break points in the next game to clinch a promising lead.

You can also read:  Nadal will seek his ninth win in Monte Carlo

A second consecutive break gave Murray the final push to beat Alcaraz, who received medical attention on one foot towards the end.

“Obviously he has a lot of potential, a lot of firepower and in these conditions it is not easy to finish the points quickly. He is capable of doing it because he has a lot of rhythm from the back of the court. I had to fight a lot, “said the former world number one about Alcaraz.

Winner of three Grand Slam tournaments, Murray will face third-seeded Alexander Zverev in the third round, who lost a set in his 6-4, 3-6, 6-1 win over American Jenson Brooksby.

For her part, the closing of the day, the Canadian Leylah Fernandez, finalist of the last US Open, emerged victorious after the defeat in three sets of the Russian Anastasia Pavlyuchenkova, thirteenth in the ranking, by 7-5, 3-6, 6-4 .

Greek Stefanos Tsitsipas, second seed, made his debut in the tournament with a victory over Spanish Pedro Martínez 6-2, 6-4.

Tsitsipas, with a Monte Carlo Masters 1000 title (2020) in his record, will play the third round against Italian Fabio Fognini, world number 30.

Two other Spaniards, Pablo Carreño and Albert Ramos, did get their ticket to the third round.

You can also read:  Tennis player Andy Murray returns with victory in the Queen's tournament

For his part, the Chilean Cristian Garín beat the American Ernesto Escobedo 7-5 and 6-2.

– Swiatek and Svitolina advance –
In the Indian Wells women’s division, in the WTA 1000 category, the young Polish Iga Swiatek, second seeded, overwhelmed the Russian Veronika Kudermetova in the third round 6-1 and 6-0.

The 20-year-old from Poland celebrated the first anniversary of her unexpected victory in the 2020 Roland Garros final with this resounding triumph.

On her turn, fourth-seeded Ukrainian Elina Svitolina suffered to defeat Romanian Sorana Cirstea with a comeback culminating in a dramatic tiebreaker.

The female branch started with the absences of the first two in the world ranking, Ashleigh Barty and Aryna Sabalenka, and Naomi Osaka, and in the first week saw the eliminations of the Spanish Garbiñe Muguruza and the British Emma Raducanu, winner of the recent Open of USA.