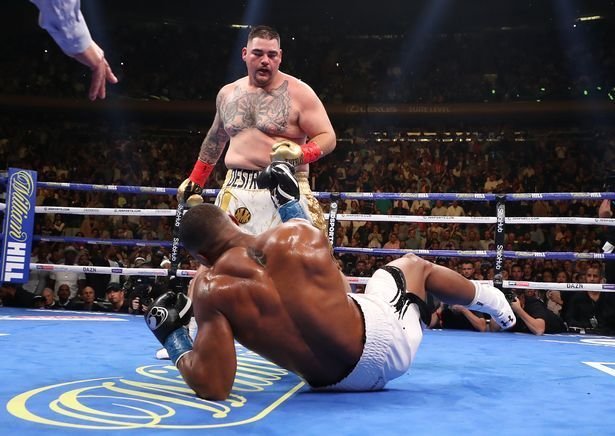 Mexican-American fighter Andy Ruiz, world heavyweight champion in three different organizations, declared this Thursday that he is convinced to beat Briton Anthony Joshua on December 7, better if it is on the fast track.

“I want to knock him down again,” Ruiz told Efe, who acknowledged that in his division a blow can change everything and that is the wonderful thing about that category.

Ruiz, 29, beat favorite Joshua by knockout on June 1, and is now preparing for a rematch on December 7 in Saudi Arabia.

“I feel good, from that night to date they have been the best moments of my life, every day I wake up happy and for now I am confident of winning a rematch against Joshua,” he said.

You can also read:  Fury separates from his coach two months after his fight with Wilder

Ruiz was a stranger with few options to appear, and after challenger Jarrel Miller tested positive for EPO, the employers had to find a replacement.

That was Ruiz, born in Imperial, California, of Mexican roots who with a couple of months of preparation changed his destiny.

“Many did not know that I was having a bad time because they did not give me fights, I lost a house because I did not have money to pay the mortgage, I barely made my expenses. Everything changed from that knockout, thank God now I can help my family and I no longer struggle to survive, “he confessed.

Now, his perspective is different. He focuses his attention on Joshua to defend his scepter and also flirts with other rivals from different organizations, notably World Boxing Council champion Deontay Wilder.

“My dream is to have all the belts, fighting with Wilder is my dream, I lack the World Council terrain to be an undisputed champion. I would also like to face Kubrat Pulev, although for now the main thing is to beat Joshua, “he said.

Regarding the conditions of the fight, the boxer flees the controversy and concentrates on doing his part, training.

«Several things have been said, they say something and we say another point of view. Not everything is correct in the contract, but there are also things that were stipulated well. My team has already been negotiating, my thing is to train and win again, “he reveals.

You can also read:  Man lost by ko to Italian Fiordigiglio

Ruiz believes that the world of heavyweights is unpredictable and in it he insists on being the king.

«In light or medium weights it is easier to follow a tactic, there is a line of how to continue the fight, we are stronger and one blow can end everything; the sure thing is that there will be action “, he assures when referring to the next fight. EFE