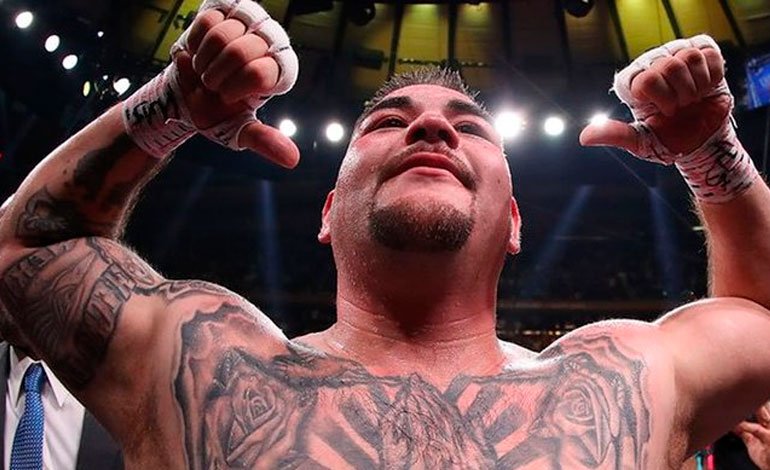 Mexican Andy Ruiz, former heavyweight world champion, recovered from a protection count in the second round to defeat Chris Arreola by unanimous vote on Saturday in an eliminatory fight.

Ruiz led the way in the first round against a closed-guard Arreola that suffered no damage.

In the second the former world champion came out confident, he went on top of the giant Arreola, but was stopped by a right wing that knocked him down and led the judge to make him a protection account.

You can also read:  VIDEO.- Exporter of the German team will debut in wrestling WWE

Although he won the fight, from there, Andy was cautious, aware of Arreola’s punch, which at age 40 did not clash, although he based his fighting train more on defense.

The third and fourth segments were even. In the third Ruiz closed better, but in the fourth he was stopped, without his usual speed.

Chris Arreola hit a couple of good hits in the fifth against an opponent who, as in the third round, sought to impress the judges with a better finish.

By the middle of the fight, neither of the two rivals had a clear advantage. The good thing for Andy Ruiz was that he showed his ‘jab’ again and he looked more animated.

You can also read:  Mayweather's dog shoes are more expensive than boxer's

Arreola complained of discomfort in one shoulder and in the second half he was overcome, although his face ended up clean and he was seldom shaken by the former champion’s right.

Ruiz, 31, gave the great surprise of world boxing in recent years by defeating Englishman Anthony Joshua by knockout in June 2019, but half a year later he appeared out of shape in the rematch fight and lost the belts of four organizations .

A few months ago the fighter joined the team of Eddy Reynoso, coach of the Mexican Saúl «Canelo» Álvarez, the best pound-for-pound fighter at the moment, and, although he lost several kilos, he did not see himself in the expected sporting way against a veteran like Arreola.

You can also read:  Tito Trinidad will participate in the award of the best in sport in Nicaragua

With the victory, Andy Ruiz took a step forward in search of an opportunity to dispute a world title, either against Joshua, monarch of the World Association, the International Federation and the World Organization, or against the also English Tyson Fury, champion of the World Council. EFE (HN)