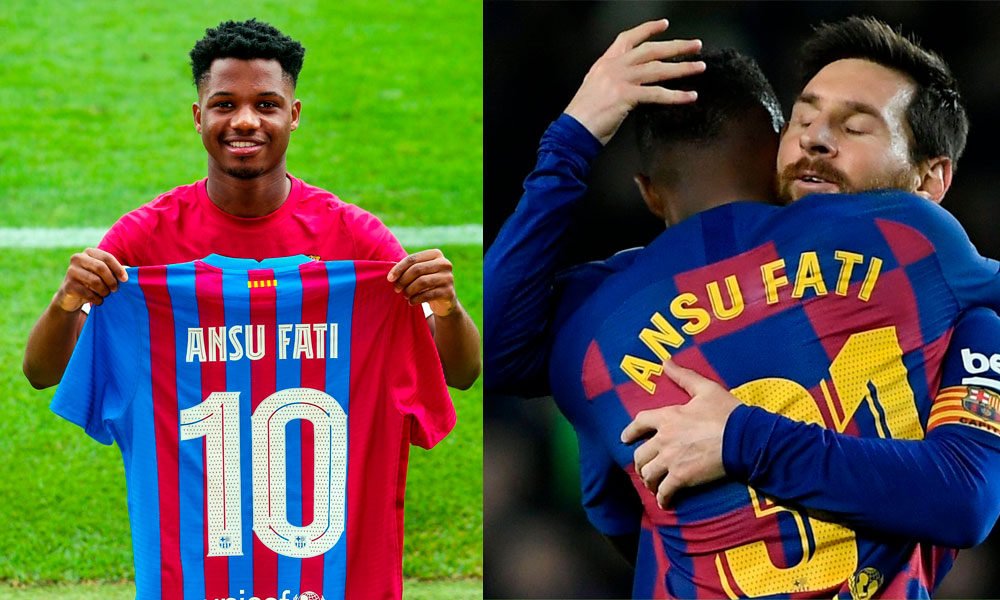 Barcelona striker Ansu Fati becomes the heir to Leo Messi’s number 10 for the Barça team after the Argentine player left for Paris Saint-Germain this summer.

This was announced by the Catalan club on its social networks, confirming a news that was practically taken for granted after candidates for the number such as Philippe Coutinho and Frenkie de Jong had been left with other numbers.

Ansu Fati, who is in the last phase of recovering from his serious injury to the internal meniscus of his left knee that made him undergo surgery three times and miss the last 10 months of competition, is one of the great hopes of present and future for Barça.

You can also read:  Mbappé: the Ballon d'Or is one of my goals

Despite his 18 years, he has already played 43 official matches with the first team, in which he has achieved 13 goals and 5 assists. The few matches that Ansu Fati was able to play during the past year he did with the number 22.

Thus, after Leo Messi inherited Ronaldinho’s 10th in the summer of 2008, now Ansu Fati has to take on this responsibility, which has also been carried out by other great players in the history of Barça such as Rivaldo, Romario, Hristo Stoichkov, Michael Laudrup , Diego Armando Maradona and Ladislao Kubala. EFE (HN)