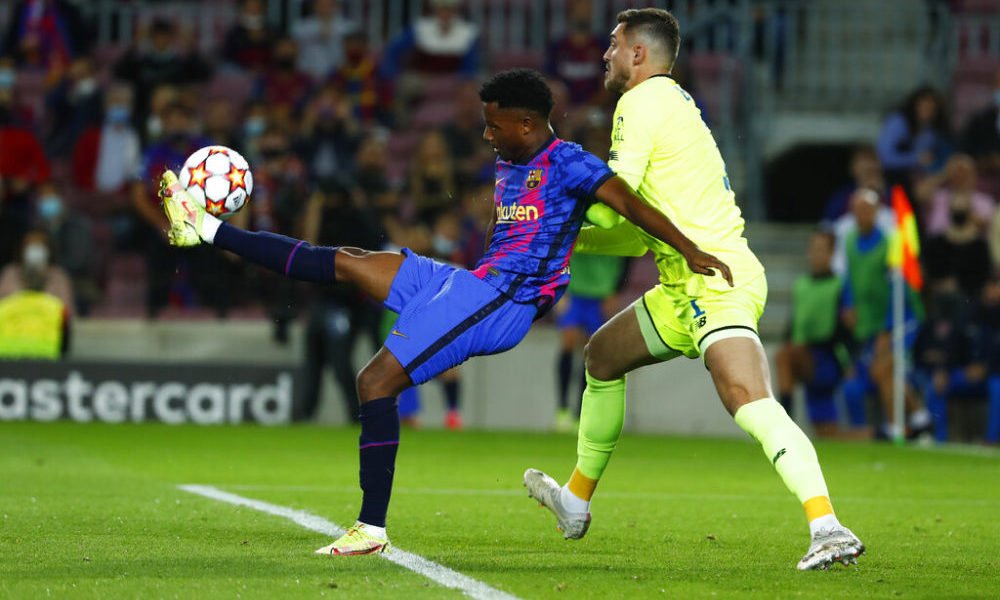 The young Barcelona striker Ansu Fati, recently recovered from a serious injury to his right knee, was substituted during his team’s visit to Vigo this Saturday to face Celta, visibly with thigh problems.

Shortly before the break in this match on Matchday 13, Ansu Fati suddenly stopped his run and put his hand to the back of his left thigh. He left the field accompanied by medical personnel for this apparent muscle injury and went directly to the locker room.

The talented 19-year-old player, who scored this Saturday in the 5th minute of the game, was out for almost a year after a fractured meniscus in his left leg, which he suffered on November 7, 2020 against Betis. He underwent four operations, before being able to reappear at the end of September.

You can also read:  Presented the «Conference League» trophy