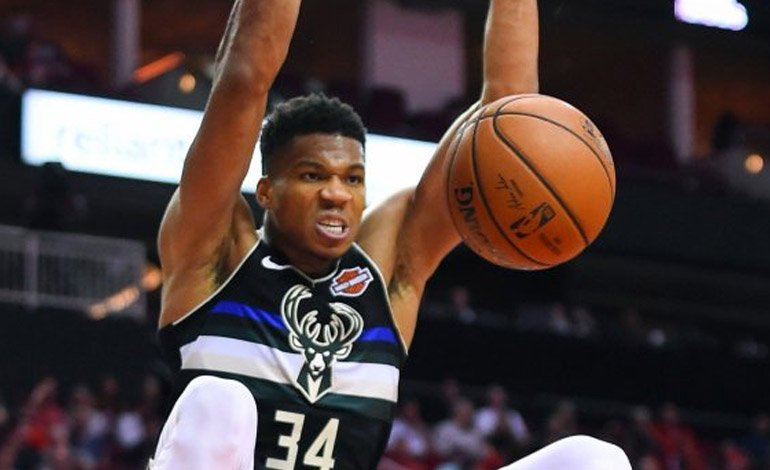 The Greek Giannis Antetokounmpo was exhibited with a ‘triple-double’ of 30 points, 13 rebounds and 11 assists for his Milwaukee Bucks to beat the Houston Rockets 117-111 on the second day of the NBA season.

At home, the interest was to see how James Harden and Russell Westbrook would fit in after the second, declared MVP (Most Valuable Player) of the NBA in 2017, arrived from Oklahoma City by point guard Chris Paul after last season.

In their first game together with the Rockets, both guards filled out the stat sheet, but could not get a victory despite leading the score for much of the game and seeing how Antetokounmpo, the reigning MVP, was forced to leave the game at 5 : 18 from the end after adding his sixth personal foul.

Westbrook finished with 24 points, 16 rebounds and seven assists, while Harden, MVP in 2018, added 19 points, 14 assists and seven rebounds. ‘La Barba’ made two of 13 shots from the field, including one of eight on triples, plus 14 free throws without failing.

You can also read:  The curious clause of this Hornets star's $ 96.3 million contract

– Hawks beat Pistons with 38 from Young –

In Detroit, point guard Trae Young looked like a veteran at the start of his second season, posting 38 points and nine assists for his Atlanta Hawks to beat the Pistons 117-100.

“I’m much more comfortable than I was at this point last year,” Young acknowledged.

If anyone doubted how good the point guard felt, they made that clear midway through the second quarter, hitting a 3-pointer from the edge of the Pistons’ logo from midfield.

Veteran Vince Carter entered for Atlanta with 6:52 remaining in the first quarter, becoming the first player to play 22 NBA seasons.

You can also read:  Curry and Warriors win first game of West final

Point guard Derrick Rose led Detroit with 27 points and Andre Drummond added 21 plus 12 rebounds. The center had 32 points and 23 rebounds in Detroit’s season-opening win on Wednesday at Indiana, but the Hawks scored 60 points in the paint and took the win. AFP