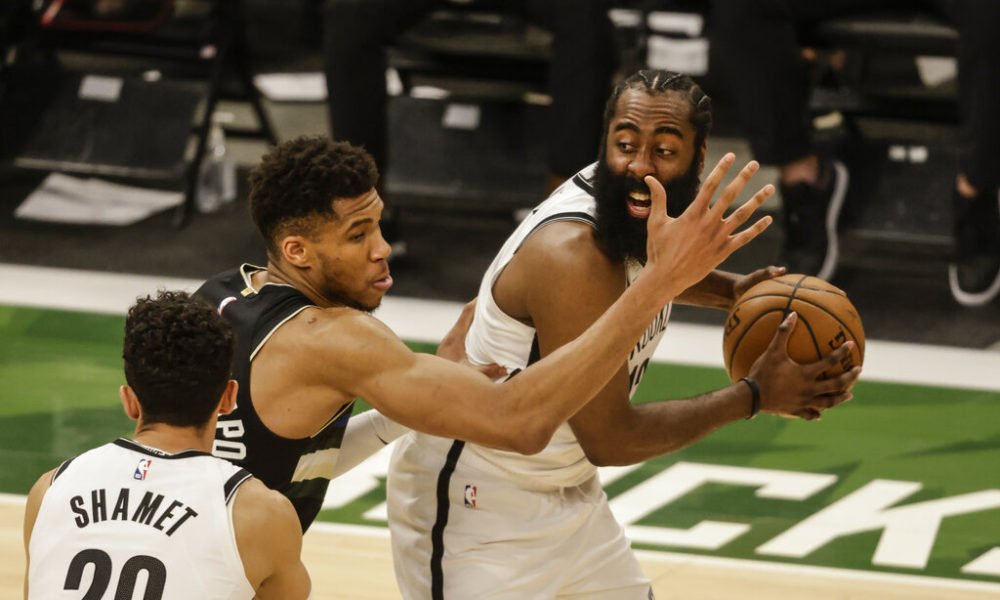 With 68 points combined between Giannis Antetokounmpo and Khris Middleton, the Milwaukee Bucks defeated the Brooklyn Nets 104-80 last night and forced the seventh and decisive game in this semifinal of the Eastern Conference of the NBA.

The Bucks, on the verge of being eliminated, achieved a comfortable victory against their fans at the hands of Middleton, who had 38 points and 10 rebounds, and Antetokounmpo, who finished with 30 and 17.

Nets star Kevin Durant, who was Brooklyn’s savior in Game 5 with 49 points, this time stayed at 32 points and 11 rebounds while James Harden added 16 points and 7 assists.

The Bucks, who breathe relief with this victory, and the Nets, who still do not have Kyrie Irving due to his sprained ankle, will play the final game of this fast-paced series on Saturday at the Barclays Center in Brooklyn (New York). (AFP)