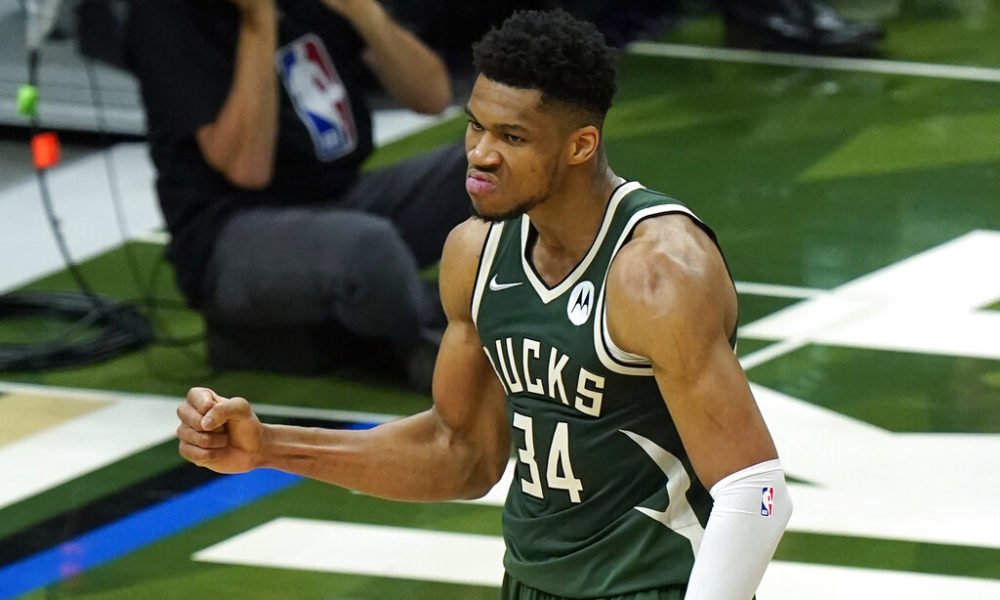 With another display of 41 points and 13 rebounds from Giannis Antetokounmpo, the Milwaukee Bucks beat the Phoenix Suns 120-100 this Sunday and revived their chances of conquering their first NBA ring in half a century.

In his second straight game with more than 40 points and 10 rebounds, Antetokounmpo commanded the win in the Bucks’ first game at home to reduce the deficit to 2-1 in the Finals.

The Greek superstar is the third player in history to add at least 40 points and 10 rebounds in consecutive games in the Finals, after Shaquille O’Neal (2000) and LeBron James (2016).

“We knew what kind of game it was going to be. We knew we had to go back and play good basketball and compete as hard as possible and I just tried to be aggressive, ”said the two-time MVP award winner.

The Suns, led by veteran Chris Paul (19 points and 9 assists), suffered from Devin Booker’s unfortunate night, who finished with 10 points on 3/14 on shooting from the field.

You can also read:  Durant and Westbrook eliminate Spurs and put the Thunder in the Finals

Milwaukee will have a chance to even the tie on their home court in Game 4 of the series on Wednesday.

On Sunday, the Bucks hosted their first home game in a Finals since losing to the Boston Celtics in 1974, suffered three years after winning their first and only ring.

With the weight of the two losses in Phoenix, where they found no antidote to the devastating pairing of Chris Paul and Devin Booker, Milwaukee was forced to add a victory that avoided a 3-0 deficit that no team has overcome in the history of the playoffs.

Milwaukee already rallied from a 2-0 loss in the series against the Brooklyn Nets and was confident of laying the first stone of a new feat at the Fiserv Forum, where they have the best record of this postseason with 8 victories against only 1 loss.

With a dominating DeAndre Ayton (18 points and 9 rebounds), the Suns controlled the first quarter in which Milwaukee was shocked when, with less than four minutes played, Antetokounmpo briefly went to the locker room.

You can also read:  Pau Gasol asks governments to be sensitive to the refugee crisis

The Greek power forward recovered from a time trial from a left knee injury for these Finals and, with his physical game and continuous clashes with opponents, keeps the alerts permanently on in Milwaukee.

To the relief of the 17,000 fans present, Antetokounmpo soon returned to the track and led a spectacular 20-6 streak for the locals with which they took control of the scoreboard from the second period.

Milwaukee reached the break 15 points up (60-45), their biggest advantage in the entire series, thanks to the pair of Antetokounmpo and Middleton, who was reborn on their court with 18 points after the disappointing second game on Thursday.

The Suns relied on Ayton’s dominance in the Bucks paint, with 16 points at halftime (7/8 shooting), while their offensive leader Booker had his lights turned off for the first time in this tie.

You can also read:  Booker shines again in the Suns attack

Still, the outside hit by secondaries Cam Johnson and Jae Crowder gave the Suns one last chance by approaching six points midway through the third quarter when, in full throttle, Ayton had to go to the bench when he saw his fourth foul. personal.

The Suns do not have any replacement guarantees for the number one of the 2018 Draft after the injury of Croatian Dario Saric.

Antetokounmpo refused to be swept in his long-awaited first Finals and took the reins of the game with 16 points in the third quarter.

Amid the jubilation at the Fiserv Forum, Milwaukee capped the streak with a triple by Pat Connaughton that closed the period with a 22-point lead (98-76), after which both technicians reserved their figures thinking about the fourth match of the Wednesday. (AFP)