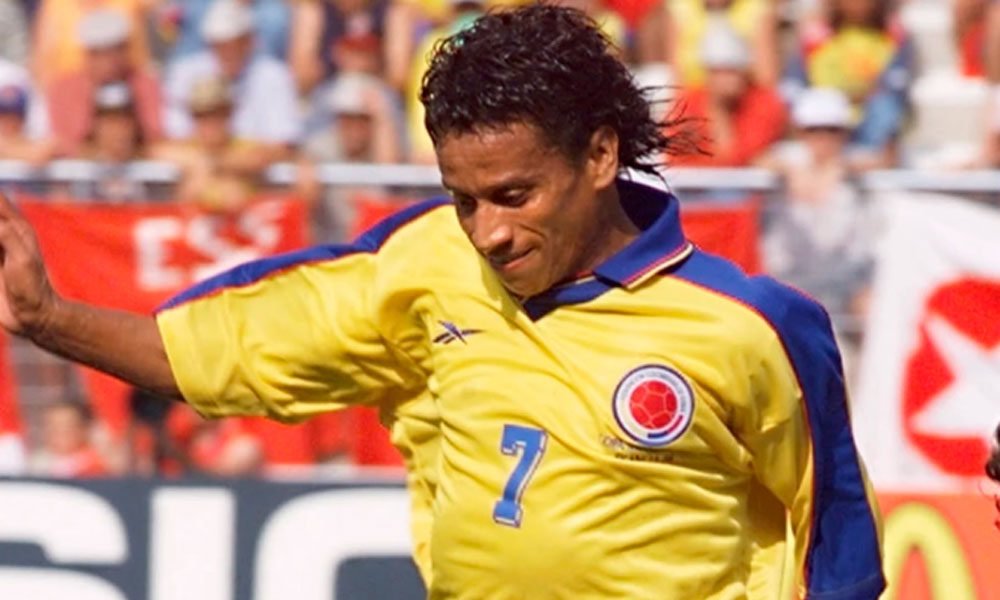 He was captured for drug trafficking while wearing an América de Cali shirt, the club that elevated him to stardom. Former soccer player Anthony de Ávila, imprisoned in Italy, stars in the most recent chapter of an old and sordid romance between soccer and drug trafficking in Colombia.

The “Smurf”, nicknamed that way because of his 1.57 meters tall, was arrested on 20 September in the central Enrico De Nicola square in Naples, in southern Italy.

“The police had been alerted with information indicating the presence in the city of South Americans who had come to meet local traffickers,” Davide Della Cioppa, head of the police station in charge of the arrest, told AFP.

He wore the scarlet shirt of América de Cali, a club for which he is the top scorer in history with 208 goals.

“He claimed to be a tourist, but when asked where he was staying, he replied that he was at the (subway) station,” which aroused the suspicions of the uniformed men, added Della Cioppa.

After taking him to a police post, Italian authorities discovered that 58-year-old De Ávila had been sentenced to prison in 2004 for drug trafficking.

You can also read:  Butragueño: We will fight until the last minute

The former striker “affirms that he is innocent and that he did not know that he was convicted and wanted,” his lawyer, Fabrizio de Maio, told the newspaper El País de Cali, who considers it an “impossible mission” to avoid the 12-year sentence.

“We are finding out what Ánthony’s situation is like at the moment to see how we can help him,” Tulio Gómez, America’s largest shareholder, told the same newspaper.

It would not be the first time that a soccer player from the country that produces the most cocaine worldwide ends up in legal entanglements for links to drug trafficking.

In Colombia, which according to the UN produced 1,228 tons of that drug in 2020, profits from illegal businesses have penetrated football, electoral campaigns, the equestrian world and the reigns of beauty.

In the 80s and 90s, when Colombian clubs had outstanding participation at the continental level, “only one team was excluded from having among its members people (…) who were investigated for irregular handling of dollars”, Ignacio Gómez explains to AFP, co-author of the book «The Masters of the Game».

Having a team “was an asset” for some bosses and a popularity tool for others, adds the journalist, whose investigation revealed the relationship between the mafia and that sport. It was a “natural laundry” of resources in a market that moves large sums of money.

The “Smurf” love team from Ávila, América de Cali, was included in 1999 on the Clinton List, drawn up by the United States to identify companies related to drug trafficking.

And not only the clubs have ended up involved.

Jhon Viáfara, champion of the Copa Libertadores with Once Caldas in 2004, has been serving a sentence in a US prison since 2020. He is accused of being part of a transnational network related to the Clan del Golfo, the largest drug gang in the country.

You can also read:  "You can do whatever you want in your spare time": Pirlo on Ronaldo

The golden era coincided with the influence on the board of directors of the brothers Miguel and Gilberto Rodríguez Orejuela, heads of the Cali Cartel captured in the 1990s and convicted in the United States for drug trafficking.

That organization became the world’s leading cocaine dealer after the death of Pablo Escobar, the capo of the Medellín Cartel and its staunch enemy, in 1993.

During the confrontation, “the Cali Cartel began to make an important bag of players and the Medellín Cartel another,” adds Gómez.

In 1997, during the qualifying rounds for the World Cup in France-98, De Ávila gave the Colombian team a 1-0 victory against Ecuador that led to the subsequent classification.

At the end of the game he said: “I want to dedicate this victory to some people who are deprived of their freedom.”

“I think there is no need to give names, but with much love and humility I dedicate it to them, who are Gilberto and Miguel,” said De Ávila, surrounded by reporters and a policeman. AFP (HN)