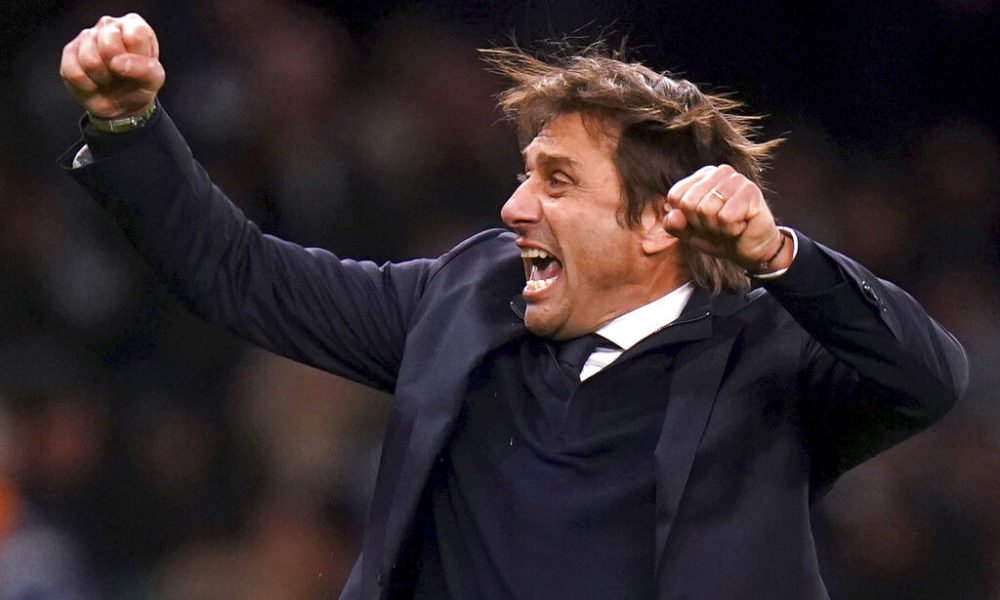 The Italian coach, who had coached a couple of games before the international break, watched as the fans booed the players after going into halftime at a disadvantage after Daniel James’ goal.

But the team improved a lot on the supplement and turned the score around with goals from Pierre-Emile Hojbjerg and Sergio Reguilón to end a three-match winless streak in the English league.

Hojbjerg’s 58th-minute goal was Tottenham’s first in the Premier League since Son Heung-min scored on a visit to Newcastle in early October, nearly four hours of action.

Although still a failing team, Tottenham moved up to seventh place, just four points out of the top four.

And with Manchester United firing Ole Gunnar Solskjaer early on Sunday, Tottenham bosses will be pleased to have made the decision to hire Conte three weeks ago.

The key for Tottenham was Conte’s harangue before the second half.

“After the break, the players showed me that they could win this game,” Conte said.

“In the second half I corrected the situation… I checked the statistics and Leeds is the best team in the league in terms of travel and they play with great intensity. For the second half we made a tactical adjustment and increased in intensity to beat them, “he added.

In the other Sunday game, Manchester City dispatched Everton 3-0 to bring the reigning champions to second in the table, three points behind leaders Chelsea.

You can also read:  Laporta responds to Thebes: "He has a sick obsession with Barcelona"

Leeds, on the other hand, walked away empty-handed from their visit to North London in a match in which they had several good chances to score a second goal. The defeat left Argentine coach Marcelo Bielsa’s team on the edge of the relegation zone.

Another masterful pass from Joao Cancelo and a shot from Rodri led the City to win at home.

Raheem Sterling was the recipient of Cancelo’s genius at 44 minutes. The Portuguese player contributed his sixth assist of the season in the English league with a touch with the outside of the foot and his attacking partner responded by finishing off the corner.

Cancelo has become the City’s offensive engine. Before the last FIFA date, he scored three goals in a Champions League match and another two in the subsequent Manchester derby.

Rodri, the Spanish containment midfielder, made it 2-0 in the 55th minute with a shot from about 30 meters.

Bernardo Silva put final figures at 86 by pushing the ball from close range after the shot by Cole Palmer, a City academy player who started for the first time in the Premier, had been repelled.

This is how City responded to Chelsea and Liverpool’s thrashing wins over Leicester and Arsenal, respectively, the day before.

The victory allowed City to displace Liverpool and move to second place. (AP)