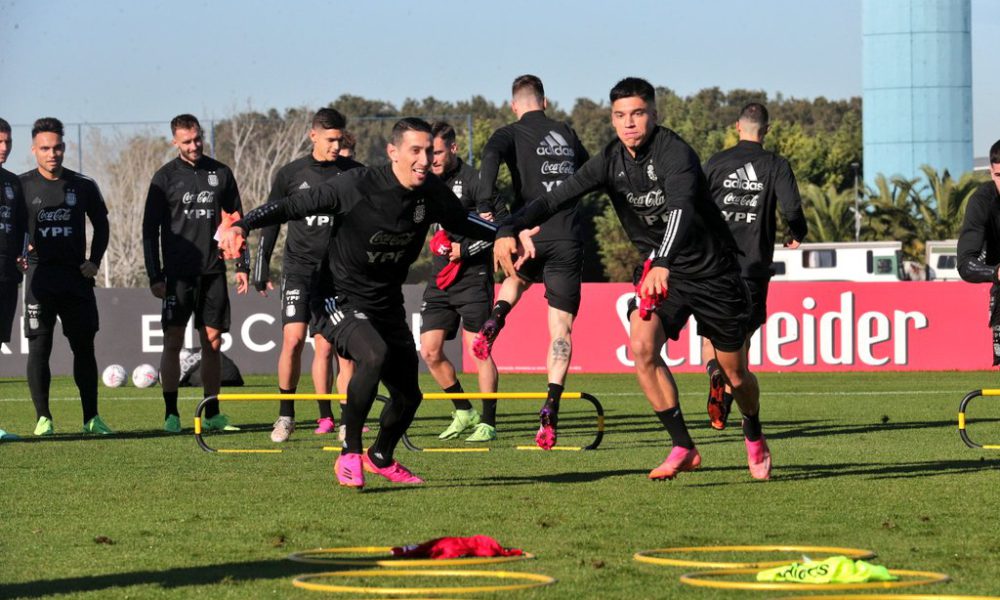 The teams of Argentina and Chile will face each other this Monday in the debut of Group A of the Copa América in a duel that not only faces two candidates for the title, who faced each other ten days ago, but also the teams that settled two of the last three Copa Américas.

The Chilean national team won the 2015 Copa América in Chile and the 2016 Copa América Centenario in the United States by beating the Argentines on penalties.

In the Copa América in Brazil 2019 they met in the match for third place, which was won by the Albiceleste, which also suffered the expulsion of Leo Messi.

Ten days ago they met in the qualifiers for the 2022 Qatar World Cup and tied 1-1 in Argentina.

Without Villarreal’s right-back Juan Foyth or Sevilla’s attacking midfielder Lucas Ocampos, starters against La Roja and dismissed by Lionel Scaloni for his poor performance, it is expected that Gonzalo Montiel and Nicolás Domínguez will enter their place, respectively.

You can also read:  The 'Tigre' Falcao already roars in LaLiga

In addition, defender Cristian Romero, who started against Chile, suffered a muscle overload in the posterior aspect of his left thigh on Tuesday in the 2-2 draw against Colombia and is in doubt.

The Argentine coach, Lionel Scaloni, made several changes in the last two games and there are no certainties about what the starting lineup will be, although he will have all 28 players available, including goalkeeper Franco Armani who stopped testing positive in his PCR test and will be able to travel with your companions.

Goalkeeper Emiliano Martínez, right back Gonzalo Montiel, midfielders Leandro Paredes and Rodrigo De Paul and forwards Lionel Messi and Lautaro Martínez are the only ones who seem to have a guaranteed place in the starting eleven.

Chile, for its part, faces this Copa América with several survivors of the ‘golden generation’ that won the 2015 and 2016 editions.

Arturo Vidal, Claudio Bravo, Charles Aránguiz and Gary Medel are the backbone of a team that also has some young promises from the domestic tournament, such as striker Luciano Arriagada, who has scored three goals in eight games for Colo Colo, midfielders Marcelino Núñez and Pablo Aránguiz and defender Daniel González.

Mauricio Isla, Eduardo Vargas and Eugenio Mena, also winners of those two continental titles, or Erick Pulgar, who lifted the 2016 Cup, are also part of the team.

The big blow that La Roja suffered in the run-up to the debut was the injury of Alexis Sánchez, who was ruled out for at least the first phase of the contest due to a “thin plantar” muscle injury.

You can also read:  Chelsea beats Villarreal and wins the European Super Cup

The coach, the Uruguayan Martín Lasarte, decided to leave out of the Cup the referents Jean Beausejour, Fabián Orellana and Luis Jiménez, who were summoned for the last two games of the qualifiers.

Chile comes to this match after drawing 1-1 against Argentina and Bolivia. Like his pair from Albiceleste, Lasarte does not have an ideal eleven and he does not even rule out modifying the formation and playing against Albiceleste with three central defenders and two full-backs. After this match, Argentina will face Uruguay and Chile with Bolivia.

Paraguay is the other team in Group A. The top four will qualify for the quarterfinals. EFE. (JL).