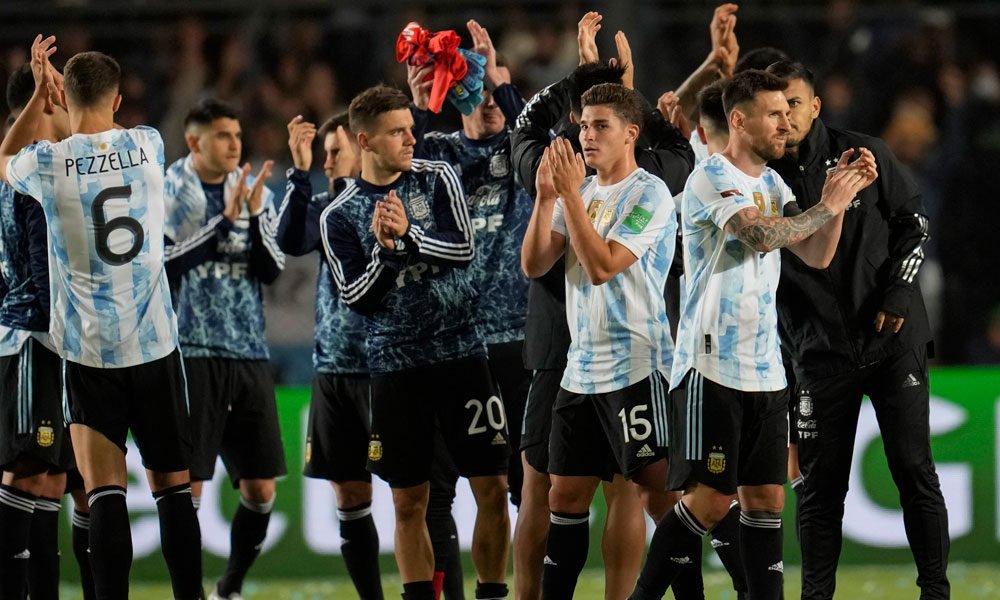 Argentina, despite the fact that Lionel Messi looked off, managed to qualify for the Qatar-2022 World Cup by drawing goalless with the classified and leader Brazil, who did not have Neymar due to injury, and be favored by Chile’s 2-0 defeat against Ecuador in Santiago.

Argentina added 29 points and will not be able to be reached by Chile, sixth in the table with 16 units, when 12 units remain to be disputed. The first four go directly to the World Cup. Neither Uruguay, with 16 in the seventh box, can reach him because he must play with the Red on the eighteenth and last date of the tie.

In a gray and locked match, of mutual respect and a strong leg for the South American qualifier, Albiceleste drew on Tuesday with Brazil, which “is always a tough opponent,” said Messi, goal scorer and captain from Albiceleste.

Before some 25,000 fans present at the Bicentennial stadium in the city of San Juan (west), the meeting was planned as a fight in the midfield with few goal situations by date 14, when only 12 points remain to be disputed in the series .

Brazil leads the qualifier with 35 points and, together with Argentina, are the only undefeated. Both teams have a game pending due to the suspension of the clash in Sao Paulo last September due to the invasion of the field of play by anticovid-19 inspectors.

Without Neymar, the Verdeamarilla bet to unbalance in attack with the mischief of Rapinha, the fresh irreverence of Vinicius or the firepower of Matheus Cunha. But offensive incursions were rare.

The natural way for Argentina to break through the solid Brazilian defensive lines was at the feet of Messi, Ángel Di María and Lautaro Martínez. But Messi looked off. Infatuated with getting rid of the marks and condemned to lose the ball.

The keys to a lackluster match were the tight control and pressure schemes ordered by DT Tite and Lionel Scaloni.

You can also read:  Hazard recovers the smile

It was played on pure nerve, without taking risks, not giving an inch of advantage. And so it was not possible to illuminate anything other than a tangled and gray spectacle.

The asphyxia of the best gifted tied Leandro Paredes as much as Fred or Lucas Paquetá. They found neither a free alley nor a loophole Rodrigo De Paul or Fabinho.

The game was caught in a relentless fight for possession of the ball or the surprise of taking the ball away from the rival in the central sector. The area of ​​creation became a swamp of yellow and white jerseys.

The defenses won every duel that arose. Just as Cristian Romero and Nicolás Otamendi put a lock on the eventual advances towards Emiliano Martínez, in the other arch the padlock was guaranteed by Éder Militao and Marquinhos. The bands were closed.

A mid-range shot De Paul forced a save from Alisson. Matheus Cunha nearly scored a movie goal from 35 meters, which went over the crossbar. Fred also tried a shot that brushed the top of the crossbar. Too little.

You can also read:  Koeman: "This is what there is right now"

Argentina was saved from losing a defender. Otamendi elbowed Rapinha in the face. Neither the Uruguayan referee Andrés Cunha nor the VAR detected it. It was a direct red card.

The other central defender, the safest, was lost due to injury. Scaloni had already tried moving the offensive board when Lisandro Martínez, Joaquín Correa and Julián Álvarez entered.

Tite arranged for a tactical change. Brazil went ahead in the block about 20 meters in the field and was uneasy. The income of Antony, Gerson and Gabriel Jesús tried to break the zero. Nor did they move the ammeter.

Messi was still slow and disconnected. His team is no longer Messi-dependent. But if it’s not on, it shows. He appeared with a single shot to the goal, on the hour. Afp (HN)