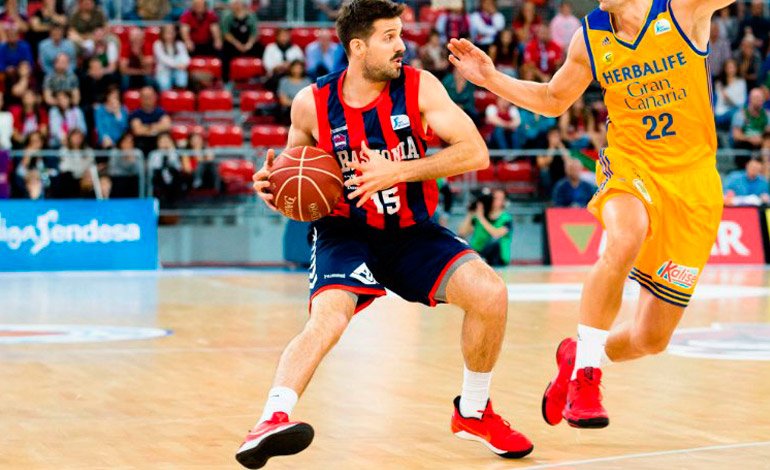 The Argentines Nico Laprovittola and Andrés Nocioni and the Mexican Gustavo Ayón will play the semifinals of the Spanish League of basketball, who will face Baskonia with Valencia Basket and Real Madrid with Unicaja starting this Tuesday.
Two weeks after losing the Final Four of the Euroleague, Madridistas Ayón and Nocioni will seek to reissue the league title won last season in a best-of-five tie against Unicaja de Málaga, current European champions.
In the case of the 37-year-old Argentine international power forward, it will be his last chance to lift a title with the white team, since on April 3 he announced his retirement at the end of this season.
It would be his fourth league title after the one he won with TAU in the 2001-2002 season and those won with Real Madrid in the last two seasons.
For his teammate Gustavo Ayón, who was the most outstanding player on his team in the match against MoraBanc Andorra that this Sunday qualified him for the semifinals, it would be his third consecutive Spanish League.
In the other semifinal, which starts this Tuesday, Nico Laprovittola’s Baskonia will try to take advantage of the home court factor to get their ticket to the Endesa League final against Valencia Basket.
The Morón player lives his second professional experience in Spain after spending last season at Movistar Estudiantes.
Also active in the ranks of the Baskonista team is the Brazilian nationalized Spanish Rafa Luz, who will not be able to participate in the ‘playoffs’ due to a torn ligament in his left knee that will keep him off the slopes for six months. EFE
You can also read:  Lillard and Trail Blazers warn in the West and Pacers do it in the East