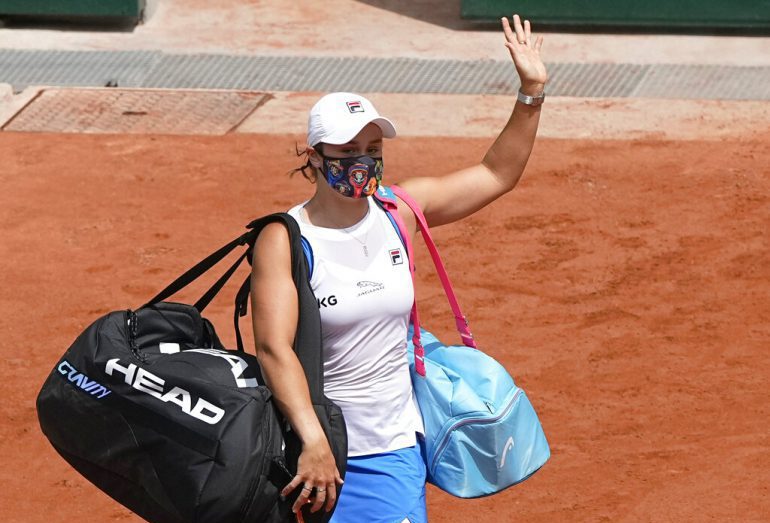 “It’s heartbreaking”: Ashleigh Barty, No. 1 world number 1 and 2019 Roland Garros champion, left this Thursday in the second round of the Parisian Grand Slam, injured in the hip, when she lost 6-1, 2-2 against the Polish Magda Linette (45th).

“I have had such a beautiful clay court season that having the misfortune of suddenly injuring myself at the weekend and without time (to recover) is disappointing. But what has happened does not overshadow the last two or three great months, painful as it is at the moment, “Barty considered.

The Australian, in whose last participation in the Parisian Grand Slam (2019) she took the title, had lost the first set 6-1 before opting for withdrawal with 2-2 in the second, suffering from pain in the lower zone of the back.

You can also read:  Abu Dhabi raises the curtain without Nadal and with a women's match for the first time

The 25-year-old tennis player had been suffering from discomfort since her first-round match.

Barty, absent from the 2020 edition in the midst of a pandemic, was one of the main contenders for the title on the Parisian brick dust.

In 2020, when the world circuit was resumed after a five-month suspension, the Australian preferred, as a health precaution, to remain in her island country, relatively isolated from covid-19.

Since his return to competition last January, he added three titles to his record, in Melbourne before the Australian Open, and then in Miami and Sttutgart, Germany in April. He also reached the final in Madrid in mid-May (loss to Sabalenka).

But a “brutal injury, at the reception of a service, in a training session” last weekend, took away his hopes of repeating victory in Paris.

You can also read:  Murray, Serena, Halep and Berdych one step away from the Miami final

This Thursday, at the end of the first set, he left the court to undergo physical therapy, but finally threw in the towel four games later, less than 50 minutes after the start of the match.

«It was a small miracle to be able to enter the track in the first round. Today (Thursday), it did not improve, and even worsened, “confessed Barty, weighed down especially in the service, one of his main weapons.

“The pain was present from the first game, but it became too strong,” he added.

The Australian was already forced to withdraw in the quarterfinals in Rome three weeks ago due to pain in her arm, when she won 1 set to zero against Cori Gauff.

In Paris, Barty was playing with a bandage on his left thigh.

With Barty out of the game, and after the casualties of Simona Halep (No. 3), who missed the tournament due to injury, and Naomi Osaka (No. 2), after their decision not to attend press conferences to To preserve her mental health, the Belarusian Aryna Sabalenka, winner in Madrid, is now the highest ranked player in the female ranking who is still alive in the tournament.