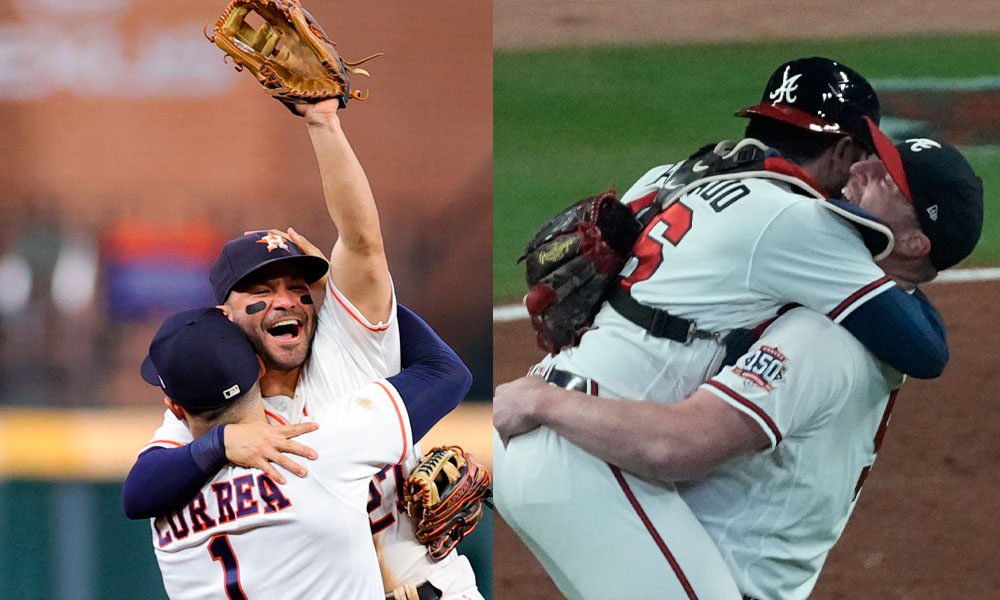 After a tragic period due to the coronavirus pandemic that hit sports worldwide, the 2021 World Series of baseball will begin on Tuesday, one of the events most followed by the American public.

The Houston Astros and the Atlanta Braves will be in charge of this series that will end a dream season with full stadiums, which made us forget for months that covid-19 is still present in the country.

In this first meeting, a pitching duel will be seen in action between starters Charlie Morton (Braves) and Framber Valdez (Astros).

The Astros will play their third World Series in the last five years, after beating the Boston Red Sox 5 × 0 on Friday to win the American League Championship Series 4-2.

For their part, the Braves, who also defeated hitherto champion Los Angeles Dodgers 4-2, advance to the World Series for the first time since 1999, when they lost to the New York Yankees.

The elimination of the Red Sox by the Astros was not so much the surprise as the loss of the Dodgers to the Braves, since the Los Angeles team was possibly the most fearsome group in the discussions of league titles.

You can also read:  Ichiro Susuki to be inducted into the Mariners Hall of Fame in August 2022

Many specialists give the Texas team an advantage after the experience accumulated in recent times at these levels.

The Astros beat the Dodgers in the 2017 World Series, a victory that was later marred by the sign stealing scandal, which led to a five million fine to the franchise and the firing of its then-coach, AJ Hinch.

Houston returned to the World Series in 2019 but fell 4-3 to the Washington Nationals.

The Astros had already visited the Fall Classic in 2005, when they lost to the Chicago White Sox. At that time they played for the National League.

“Timely pitching, defense and hitting,” his manager, Dusty Baker, said of Houston’s strengths. And besides, these guys always believed we were going to win. There was never a single doubt in their minds.

“There are four more wins to get,” stressed Baker, who will play his second October Classic as a coach after 2002, in his time at the head of the San Francisco Giants who lost to the Anaheim Angels.

Latin American players are undoubtedly fashionable in the Major Leagues.

That the MVP can once again be a player from that region in the World Series would not be a surprise since the Most Valuable Players of the championship series were precisely a Cuban and a Puerto Rican.

For the National League, the MVP was Puerto Rican Eddie Rosario, acquired just before the July 30 trade deadline to reinforce the Braves outfield due to the absences of Dominican Marcell Ozuna and Venezuelan Ronald Acuña.

Rosario, who hit three home runs in this series, set an Atlanta franchise record and became the fifth player in history to record 14 hits in a postseason series.

You can also read:  Dodgers beat Braves and stay alive

For the American League, the MVP was Cuban Yordan Alvarez, who finished the championship series with a high average of .522, with 12 hits, including three doubles, a triple and a home run, with six RBIs, six runs scored and a total of bases hit with his hits of 20.

The Braves will now seek their first World Series title since 1995, when they beat the Cleveland Indians with a team that included Hall of Famers Greg Maddux, Tom Glavine, John Smoltz and Chipper Jones.