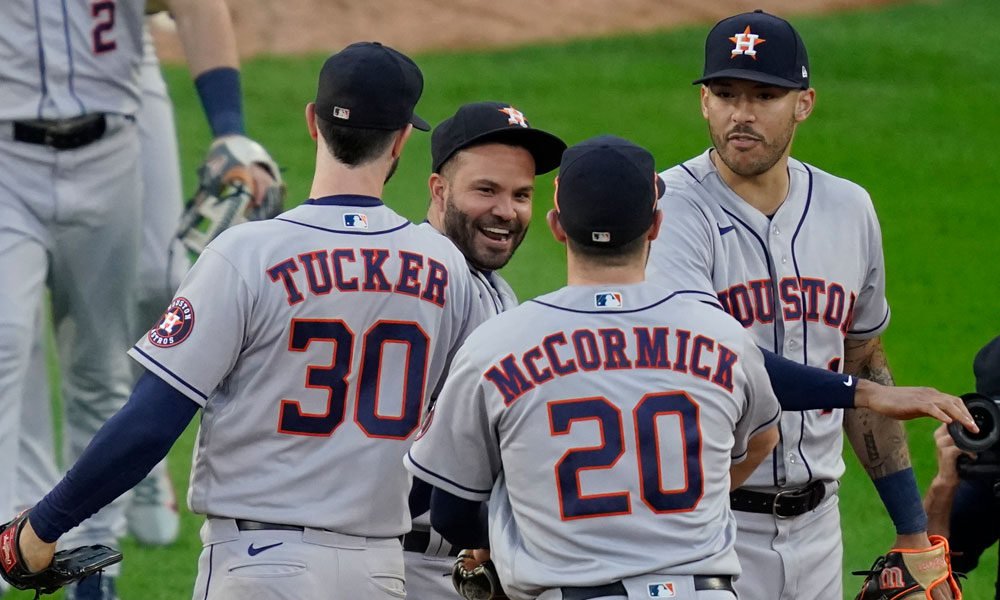 With an offense of 14 hits, the Houston Astros crushed the Chicago White Sox 10 × 1 and advanced to the American League Championship, where they will face the Boston Red Sox.

The Astros could win the American League Championship for the third time in the past five years, as they had been successful in the 2017 and 2019 editions, being World Series champions the first time around.

The Astros took a thorn in this victory since they had reached the World Series for the first time in 2005, when they played in the National League, where they then lost by sweep precisely to the White Sox.

The Red Sox, who won their Division series 3-1 to the Tampa Bay Rays, will face the Astros next Friday in the first game of the league top.

You can also read:  Bourn breaks his finger with a football

Except for center fielder Jake Meyers and Cuban designated Yordan Alvarez, all Astros players hit at least one hit, with Jose Altuve leading the attack with a home run and three RBIs.

Chicago had come out aggressive early and with a home run by Gavin Sheetsse he opened the slate 1-0 off starter Lance McCullers Jr.

However, the Astros responded in the third with two touchdowns per desbol to the Venezuelan Altuve, who stole second, Alex Bregman and the Cuban Alavrez received walks and the Puerto Rican Carlos Correa pushed the runs with a double against the Cuban left-hander Carlos Rodón.

You can also read:  Three candidates to fill in for Dustin May in the Dodgers' rotation

In the fourth, reliever Michale Kopech took over the box and allowed a run on an RBI single by Martin Maldonado, who pushed Kyle Tucker, who was also on base previously, for hit and stole second.

Reliever Garrett Crochet substituted for Kopech and got a single out as Bregman drove in two more with a double, to make it 5-1 at the time.

The Astros, champions of the AL West Division, have responded very well offensively in the series with three homers, two from Tucker, who led the series in RBIs with seven.

Houston added another run in the sixth on a double by pinch-hitter Chas McCormick and an RBI single by Michael Brantley.

You can also read:  Trevor Bauer happy on his first day as a Dodger

In the eighth they added another on a single by Brantley, which pushed Altuve, who reached on base by mistake.

The Astros continued to hurt by scoring three more times in the ninth on Altuve’s homerun over the left-field fences off Australian closer Liam Hendriks with two men on base.

The win sent the Astros to a fifth consecutive American League Championship Series, with victories in 2017 and 2019, leading to the World Series in 2017.

They could also retaliate against the Red Sox, who beat them in that instance in 2018. The “Red Sox” won the World Series that year by beating the Los Angeles Dodgers. AFP (HN)